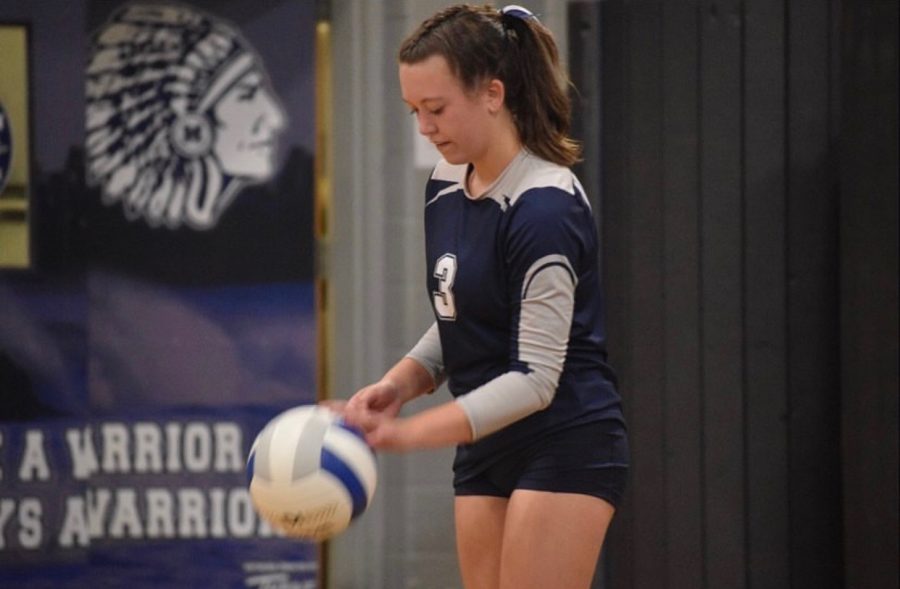 This is Stark’s first year playing volleyball for Manasquan High School’s varsity team, as well as the first year that the school has offered volleyball as an official sport.

Every time she steps on to the volleyball court, junior Brooke Stark of Manasquan has the same goal in mind: “To play the best I possibly can and to make sure that everyone on my team is ready to play.”

This is Stark’s first year playing volleyball for Manasquan High School’s varsity team, as well as the first year that the school has offered volleyball as an official sport. Before then, it was only a club where a few girls would practice techniques in the gym after school.

The program had an incredible turnout for its first season, with over forty girls split between freshman, junior varsity, and varsity teams. Stark is very pleased with her new teammates and how the Manasquan Warrior’s inaugural season is going thus far.

“I love the new team. We all balance each other out pretty well,” Stark said. “We are doing well for our first season and have a few wins under our belt.”

Although the team is performing well, there are still many aspects that Stark believes can be improved as they move into their second season next fall. Communication is an important factor on the court, and Stark encourages her teammates to be vocal and have confidence in each other.

“One thing I think we should work on is trusting each other enough so that when we play, we can know for sure who is getting the ball and when,” Stark said.

Stark plays the setter position, in which she follows a more unique rotation than her teammates, and is always running around the court to set another player up for a spike. She feels like this position allows her to lift the other girls up and support the team as a whole.

“I love that position because I feel like [setters] really get to be the glue of the team and help bring the team together,” Stark said.

In addition to setting, Stark has made major contributions to her team’s success through serving. In Manasquan’s win against rival Mater Dei in September, which is Stark’s favorite memory of the season, she scored fifteen points for the Warriors off of her serves alone.

“The team’s first win against Mater Dei… ended on such a high note and I think that it was one time when we were all so happy to be together and all so proud of ourselves,” Stark said.