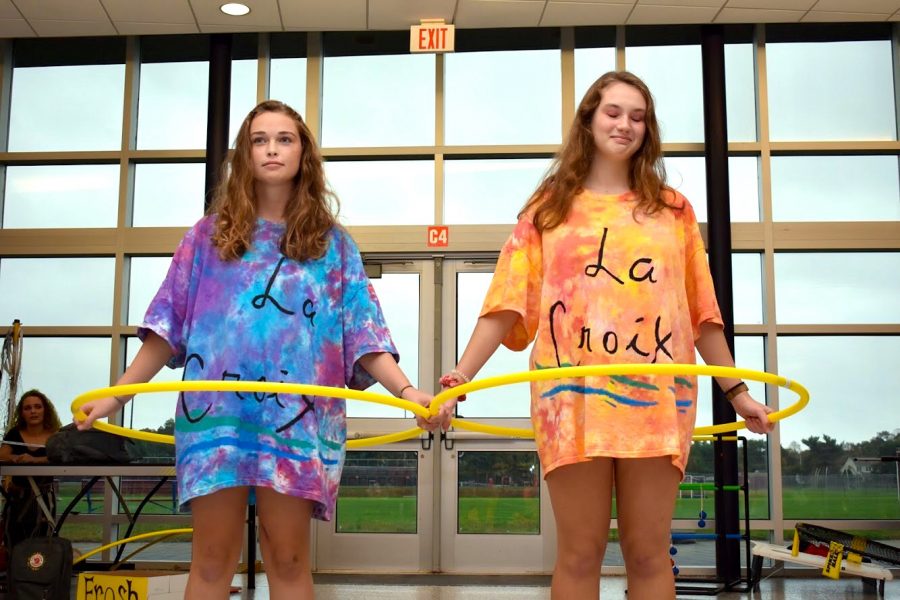 Fall Spirit Week continued on Thursday, Oct. 31, as students celebrated Halloween with the annual Costume Parade, with entries such as an Amazon Alexa, an alien kidnapping, a mouse in a trap and La Croix beverages.

The juniors and seniors won all the categories for the Halloween Parade. The winner for group costumes was a tie between two senior groups, the 2020 Democratic candidates and a pun-based crowd of ceiling “fans.” The categories included best group, most original, most effort, best pair, scariest and funniest.

Senior Neil Estrada of Middletown dressed up as Pete Buttigieg as a member of the Democratic candidates group and was glad that their efforts resulted in a win.

“I was really grateful, and happy that our efforts paid off. I was especially thankful for Nick Chunn, who made our music mix and came up with the idea,” Estrada said.

At the end of the day, the juniors took the lead for the first time in the week. Junior Danielle Hannah of Middletown said she was excited about her class’s wins in the parade and overall Spirit Week performance.

“I’m really happy with my grade, we’ve never done this well before and I’m proud of everyone,” Hannah said. “I think it’s great that people put themselves out there and snatched so many points for our grade.”

Freshman Jessica Skolnick of Hazlet said her first Halloween at CHS was a positive experience due to the originality of students’ costumes and high event participation.

“I really enjoyed the Halloween parade because it really shows the spirit of the school,” Skolnick said. “Everyone had amazing and creative costumes and it was really fun to see that because at other schools not that many people even get dressed up.”

The juniors are currently in first place with 215 points, while the seniors are in second place with 200 points. The freshman class stands in third place with 145 points and the sophomore class places fourth with 135 points.

Spirit Week will conclude tomorrow with Generations Day and the Trick or Treats event.