Is there such thing as going "too far"? 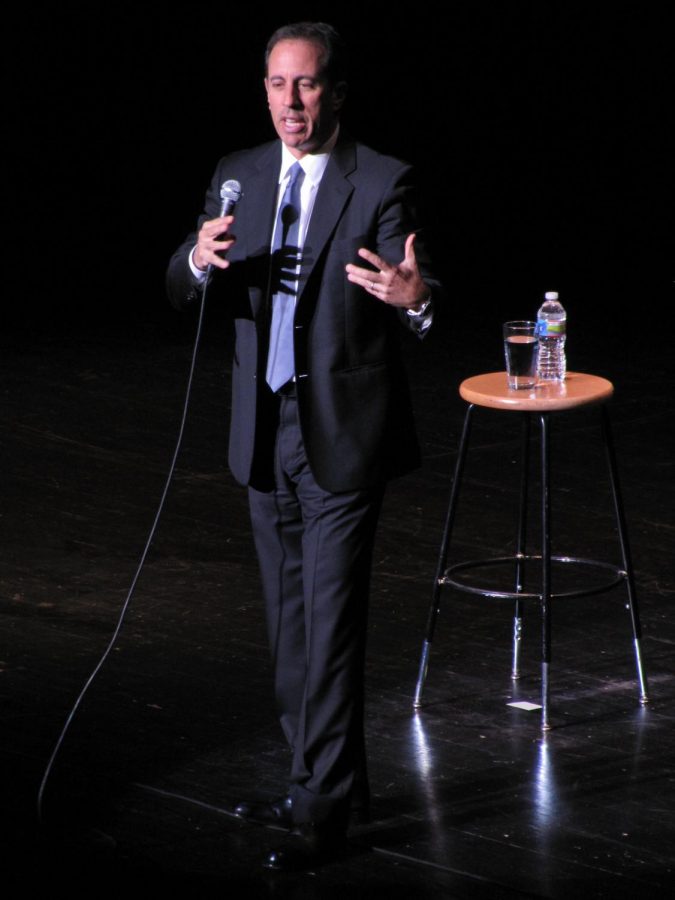 Comedian Jerry Seinfeld, above, is known for his strong opposition to "politically correct culture" in comedy.

In an age where everyone can seem to find a reason to be offended, comedians struggle between what boundaries to cross in order to do their job.

According to the Huffington Post, a great comedian can “take a tough social issue and break it down into something that people can laugh about.” Whether the joke is about race, sexual assault, religion or politics, the lines are blurred.

In a social media survey done by the Odyssey in 2015, issues like 9/11, school shootings and sexual assault were voted as “should not be joked about or mocked in any way”, whereas other issues like the Holocaust, race, religion, disabilities and the LGBTQ+ community were either voted “fine to joke about” or “can be joked about in the right light”.

Although comedy is a form of entertainment used to cope with certain issues, comedians shouldn’t risk disrespecting victims just in order to get a laugh. In addition, they should recognize that you can’t be an advocate for the issues you make light of on stage.

Yet, the issue should still be criticized on a case-by-case basis. Joking at the expense of others is fine when the comedian believes there is little risk of seriously offending anyone; at the end of the day, many people make racist and sexist jokes that generate laughs and satisfy their original intention. But, it’s done in a way that’s aware of its audience and understands the consequences that the joke may bring.

No topics are off-limits, but certain jokes, depending on the severity and timing, should be. There is a fine line between a touchy, somewhat risky joke and a joke that insults and scars a community that the comedian is not a part of. When you use humor to make statements about social issues, a culture of shame and suppression can be lifted. You can help to challenge some of society’s most pressing issues. However, when jokes are more tragic than funny, and the risks taken create permanent damage to the communities you offend, the comedian should and will pay the price.