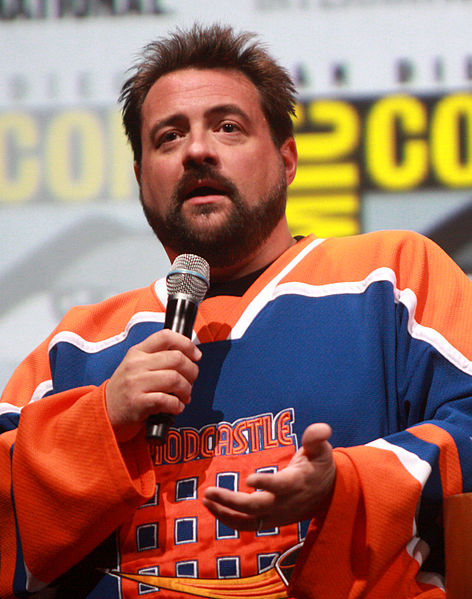 Kevin Smith is one of the most critically controversial filmmakers working today. With well-respected films such as “Clerks” and “Chasing Amy”, as well as lesser-praised films, such as “Cop Out” and “Yoga Hosers,” he has made a name for himself by simply being Kevin Smith. https://creativecommons.org/licenses/by/2.0/

The fictional characters of Jay and Silent Bob represent the core values of Kevin Smith, and “Jay and Silent Bob Reboot” stays true to his style while adding a more mature and heartfelt plot that exemplifies his growth as a filmmaker. Kevin Smith is one of the most critically controversial filmmakers working today. With well-respected films such as “Clerks” and “Chasing Amy”, as well as lesser-praised films, such as “Cop Out” and “Yoga Hosers,” he has made a name for himself by simply being Kevin Smith. After making numerous podcasts and gaining a strong presence in the entertainment industry, “Jay and Silent Bob Reboot” embodies every aspect that made Kevin Smith into the filmmaker he is today in a heartwarming love letter to the art of film.

The title characters, Jay and Silent Bob, made their on-screen debut in “Clerks,” and received their first standalone film in 2001, titled “Jay and Silent Bob Strike Back.” “Jay and Silent Bob Reboot” is a parody of most reboots and remakes, as it travels through a plot very similar to its predecessor. The story focuses on Jay and Silent Bob returning to Hollywood to stop the creation of a film based on their alter egos, Bluntman and Chronic. Jay, portrayed by Jason Mewes, also struggles with the newfound information that he has a daughter.

As seen through their counterparts’ names, “Jay and Silent Bob Reboot” is packed to the brim with sexual jokes and drug references. It takes around thirty minutes to settle into the film’s outrageous humor, but once the style is accepted, its charm makes the rest of the movie a joy to sit through. The film is also filled with lots of referential humor, which at most times feels out of place, but can cause a good laugh once in a while. The comedy in this film is similar to Kevin Smith’s other work: raunchy and over-the-top, to the point where you question if it was ever funny in the first place. His films are not for everyone, this one being no exception. It can be seen why some may think this movie is just a repetitive loop of crude humor with no reasoning behind it. However, through all of the raunchy comedy, there is a large heart that pushes the film forward into some very emotional areas.

“Believe me, I enjoy making people laugh, don’t get me wrong,” Smith said in an interview with Cinema Blend. “But the notion of using Jay and Silent Bob to make people cry had never occurred to me before.”

Ultimately, “Jay and Silent Bob Reboot” is a heartfelt film about friendship and what it means to be a father. Although the film is a comedy, it also has slower moments that allow a more emotionally subtle scene to play out on screen. Because of its quick pace and lighthearted tone, the film is a very easy watch and out of five stars, I would give at least four. Though not for everyone, the film is a satisfying new installment into Kevin Smith’s cinematic universe for his longtime fans.

“[Jay and Silent Bob Reboot] was really funny, and you could have gotten away with it,”producer Scott Mosier told Kevin Smith, “But then, half an hour into it, you made a movie that I was way more interested in seeing, which was the story about [Jay] being a dad. I had no idea I wanted to see that movie. And suddenly, that was the movie for me.”

This perfectly describes the types of films Kevin Smith creates. Some people will not enjoy them, but most of his work, and especially “Jay and Silent Bob Reboot”, was made for people like me.