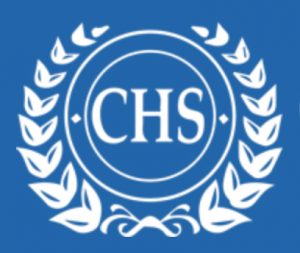 According to the Asbury Park Press, a Little Silver borough resident tested positive for the virus this week, becoming one of the first Monmouth County residents to be diagnosed with the disease. https://creativecommons.org/licenses/by/2.0/

As the Coronavirus becomes a growing concern across Monmouth County and the MCVSD, the Inkblot will provide ongoing web coverage, following our original print story published on Mar. 9, in order to keep students and parents updated. This is the first installment in our series.

On Monday, Mar. 9, Principal James Gleason held grade-wide meetings with each class in order to explain the procedures for Google Classroom-based learning in case of a closure. He emphasized that while administration is preparing in every way they can, there are still factors that will have to be dealt with as the situation progresses.

According to the Asbury Park Press, a Little Silver borough resident tested positive for the virus this week, becoming one of the first Monmouth County residents to be diagnosed with the disease. Red Bank Regional (RBR) High School then closed for Mar. 10, as their administration announced that one of RBR’s students is a sibling of the infected resident.

CHS remained open on Mar. 10, answering what Gleason labeled as a recurring question during the class meetings: whether or not CHS would shut down immediately following a closure in one of their sending districts.

“It’s saddening to see something…all the committees and the bands have been working toward get canceled,” Battle of the Bands head organizer and senior Jillian Tracy of Belmar said. “But I understand that safety is the first priority and I completely emphasize safety above all else.”

Conference organizers also canceled the joint trip between the Inkblot and CHS’s yearbook staff to Columbia University for the Columbia Scholastic Press Association on Mar. 6, only a few days before Columbia closed their campus due to Manhattan outbreaks of the virus. An annual trip for CHS, this is the conference’s second-ever cancellation since being established nearly a century ago.

The traditional bowling trip taken by each mentorship class was postponed indefinitely for the third marking period section. Mentorship teacher Bill Bengle has also begun to arrange protocols for Mentorship in the case of a closure, hoping to work with mentors to set-up remote work for any students whose worksites close due to the virus. Students will be required to attend mentorship as long as their sites are open, even if CHS is closed.