Should citizens glorify the “American heroes” who participated? 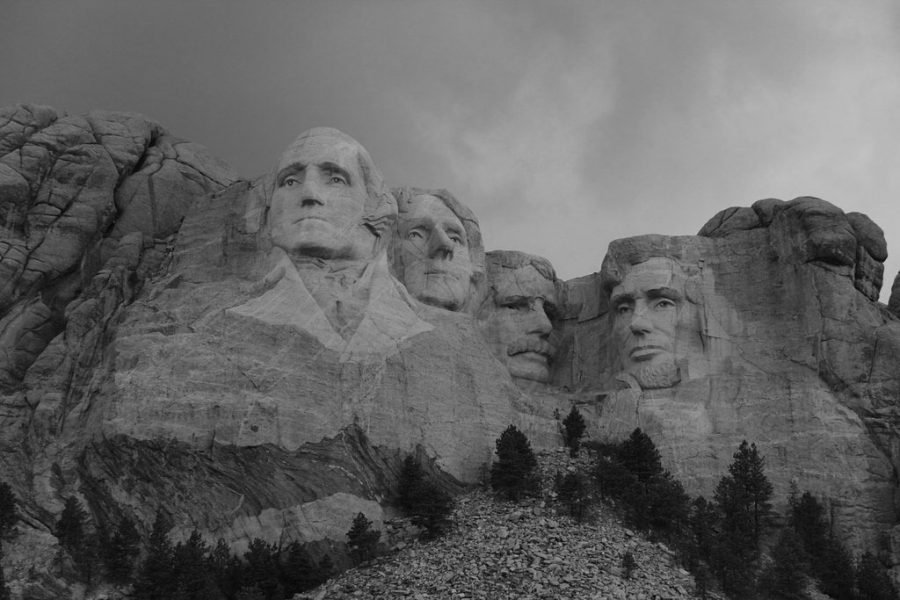 Two of the four presidents on Mount Rushmore, George Washington and Thomas Jefferson, owned slaves in their lifetimes.

The Founding Fathers are known for creating the democracy of America and signing the Declaration of Independence when separating from Britain. However, it is almost never shown that these men, who are held as American heroes, were actually slave owners. Founding Fathers such as Geroge Washington and Thomas Jefferson were among more than half of the group who owned slaves, according to Britannica.

From the creation of America to the year of 1865 during Abraham Lincoln’s term, slavery was unfortunately legal in the USA. Geroge Washington, the first President of the United States of America, owned 123 slaves during his time in office, according to Mount Vernon’s website. To put this number into perspective, 123 individuals is larger than the average grade size at CHS. Washington could have opposed slavery because, “In his will, he ordered that his slaves be freed at his wife’s death,” Mount Vernon’s website stated. However, if he was truly against slavery, why did he only release his slaves after his death? His inability to be on the right side of history is a blemish that cancels out any positive acts.

Thomas Jefferson, the third US President who lived on the Monticello plantation, owned approximately 600 enslaved people throughout his life, which is more than the average passenger size of an airplane. Unlike Washington, Jefferson only freed seven slaves, two of whom were his sons, according to the Monticello website.

“While our founding fathers did technically establish our modern-day country and should still be recognized in history books, I don’t think that they should be glorified in the way that they are currently. Slavery has had a lasting impact on our society and still affects the black community to this day, so their history as slave owners is hard to overlook,” Schneider said.

Slave owners, including these Founding Fathers, should not be honored in the way that they are today, nor should they be celebrated at the volume in which they are presently. The celebration should be balanced by information and teachings about their violent and racist actions towards the slaves they owned. Slavery has affected the world and America in a plethora of ways, causing racial injustice and inequality in society. The public should be more informed of the Founding Fathers’ views, as they must be shown in the same light of who they really were, instead of perfect American heroes.