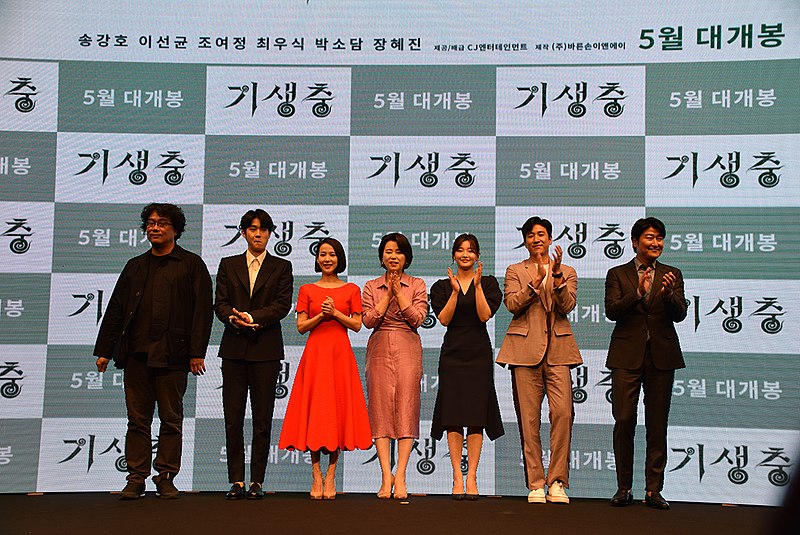 Director Bong Joon-ho’s “Parasite” started as a little-known Korean film and has garnered accolades at the Cannes Film Festival and grew into an international success, winning Best Picture at the 92nd Academy Awards.

Director Bong Joon-ho’s “Parasite” has embarked on a long journey; it started as a little-known Korean film that garnered accolades at the Cannes Film Festival and grew into an international success, winning Best Picture at the 92nd Academy Awards. This is deservedly so, as “Parasite” is a brilliant, biting satire on class and capitalism.

“Parasite” follows a poor family slowly infiltrating the lives of a rich one, and things go awry in ways you’d never expect. Despite its simple premise, the film manages to capture your attention through its excellent performances and script. The film is filled with funny and quotable lines, all of which are fantastically acted by the best ensemble cast of the year.

Though the film starts light, it quickly shifts into dark, nerve-wracking territory. None of this feels abrupt or unwarranted, as the film masterfully mixes comedy and suspense, with many scenes that will leave you both laughing and at the edge of your seat.

Much of this comes down to the directing. Though Bong has directed films for decades, “Parasite” marks the perfection of his craft. Every choice, from the cinematography to the set design to the editing, all perfectly serves his ultimate vision.

Alongside this, the film offers some of the most clever commentary on the danger of capitalist aspiration and the nature of class struggle. Though it deals with inequality in Korea, it touches on it in a universal way that connects with American audiences as well. There’s a lot to unpack across multiple viewings, as “Parasite” is rich and layered in its themes. It manages to be direct without feeling preachy or pretentious, a place where many of its counterparts fall apart.

Beyond its merits as a film, its Best Picture win is a signifier of long overdue changes happening in the industry. While fantastic foreign films have existed for as long as the art form itself, this marks the first time any foreign film has won the Oscar for Best Picture. This hopefully will allow more foreign films to receive international recognition from both audiences and critics, which will open the doors for people to discover a whole new world of filmmaking. As Bong said at the Golden Globes, “Once you overcome the one inch tall barrier of subtitles, you will be introduced to so many more amazing films.”