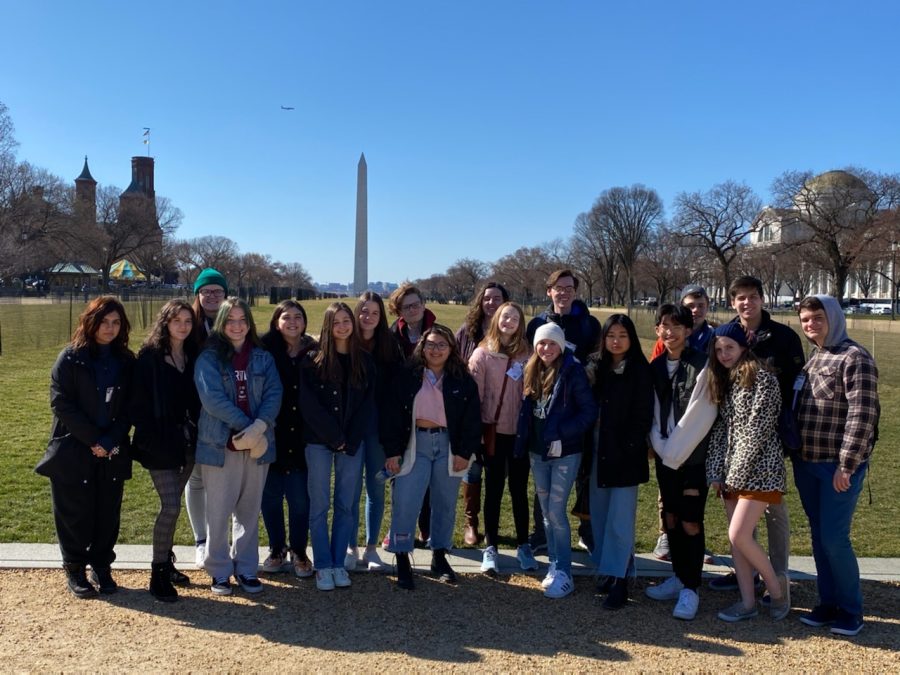 The Junior State of America attended Winter Congress in Washington, D.C. from Feb. 21 to Feb. 23. Five out of the six new council members attended the trip.

The election was held to choose six new council members for the 2020-2021 school year. Eight students ran for the positions. The current council will later decide who of the six will fill the roles of co-presidents, vice president and the three council members.

The candidates were tasked with preparing a speech explaining their experience with JSA and why they would be a proficient member on the council. Each of the eight students presented their speeches to the regular attendees of JSA.

Trentalange said she was really nervous to run, but her JSA experience taught her to be confident and work hard to run for council.

“Last year I would just close my eyes and sign up for a debate in a convention, so that I would be forced to actually speak and couldn’t chicken out,” Trentalange said. “In that way it’s given me infinitely more confidence in my speaking ability because I have a precedent: I’ve already done it and survived, so I can do it again.”

The results were announced over the loudspeaker at the end of the day.

Battista was elated when she heard her name announced.

“It’s [JSA] been by far the highlight of my freshman year and I’ve met so many amazing people through it. Just knowing that this club won’t last forever makes me want to fight for it even more,” she said. She also added she is planning on using her position on council to fight for JSA to become an official club.

Current JSA Co-President and senior Vaughn Battista of Tinton Falls is confident in the future of the club that he’s loved for so many years, and believes that he’s left JSA in good hands.

“I think everybody running completely deserved this spot, but the six that ended up for the top positions all have tons of experience with leadership, they are all super active members of the club, they’re really passionate about JSA’s future, I don’t really think I could ask anything more from a council.” Battista said.