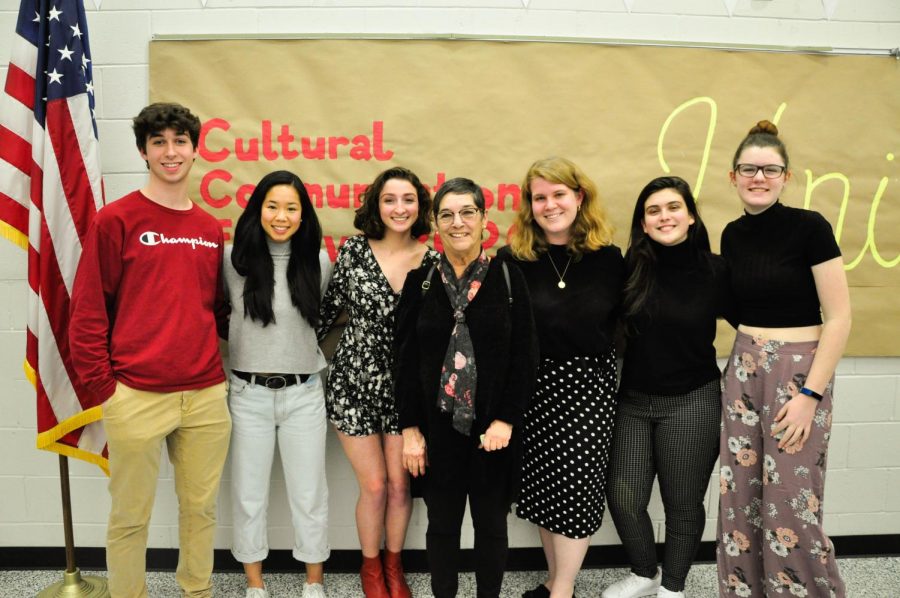 The CCC council at their annual festival.

The Cultural Communications Club roots its beliefs in helping others, and recently extended that aid beyond the doors of CHS to a high school student who was recently diagnosed with cancer.

A CCC club member and friend of the student initially brought the story to the club’s attention. Campbell said she is glad they thought of CCC in a time of need, and was more than happy to help.

“For me, that’s the best part,” Campbell said. “Someone thought, ‘Oh someone is in need, I should reach out to CCC for help.’”

Through fundraising efforts, the club gifted the student a check for $250 to support the family with various out-patient expenses, as well as a hand-made card with positive support from students.

Campbell personally gifted the student, a former soccer player, with a Spanish-brand soccer ball, and hopes that the student recognizes the support they have.

“I think when you’re that sick you don’t need people to say you are in their prayers,” Campbell said. “We wanted to let him know that whatever you need we are here for you, and I think that’s what’s important.”

CCC Secretary and senior Zach Weisentein of Marlboro hopes the club’s efforts provide support to both the boy and his family.

“We hope that this ultimately gave him hope and willpower,” Weisenstein said. “Cancer is a disease that makes a person feel isolated, and he has to see how many people are truly rooting for him.”