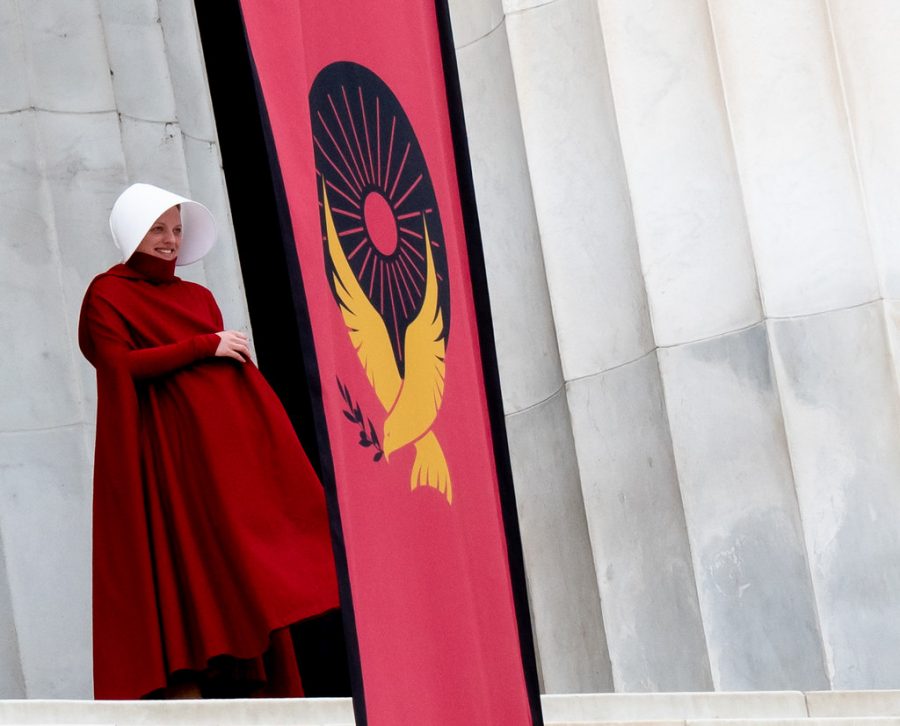 Actress Elizabeth Moss in another roll of "Handmaid's Tale." https://creativecommons.org/licenses/by/2.0/

Universal Pictures has long been awaiting a film to revive an aged story and redefine a classic monster. With the release of “The Invisible Man” in February, the studio has accomplished this and much more.

“The Invisible Man” was first known as “The Invisible Man: A Grotesque Romance,” an 1897 novel and horror classic written by H.G. Wells. The novel follows a male scientist who devotes himself to finding a way to become completely invisible, and his decision to use that power for good or evil. Writer and director Leigh Whannell cleverly updated this version by fusing the age of technology in Wells’ tale with the nature of abusive relationships in modern day society.

This fusion challenges what it means to be in an abusive relationship. It shows how the sanity and stability of women are questioned, undermined and ignored. It demonstrates that it often takes a man to disappear, whether that be afforded through public recognition or a literal invisible suit, for women’s cries to be silenced. It shows that an abuser can be just as, if not more, dangerous when he’s only seen by the victims he or she left behind. It formed strong ties between trauma and sanity, along with the flaws of humanity and dangers of technology, from scientific breakthroughs to mental breakdowns.

These messages were well told through the film’s incredible soundtrack, visually pleasing cinematography and Elisabeth Moss’ strong performance as Cecilia. This movie was enjoyable for its technical capabilities and intentional messages. I would therefore recommend it, especially considering that critics believe it to be the best horror film of the year. Personally, however, I do feel that there are harmful generalizations in how abusive relationships are represented, as it is an extremely complex topic that the playfulness of science fiction often fails to capture.

Many praise the “The Invisible Man” for showing the transformation of a woman from the damsel in distress to someone who her abuser should fear. However, I don’t think that should necessarily be defined as healing. I don’t know if removing your threat should mean reversing the pain, or if putting your abuser in just as much pain negates that of the abused. Many consider the film to have a happy ending, but I simply do not agree with the idea that Cecilia’s actions fit the narrative of a successful tale for a victim of abuse.

It’s a great thing that abuse is being portrayed in films at all, but I do wish it would be more natural or commonplace to portray such relationships without having to mask it in science fiction or something that will attract audience members. In reality, abusers are everywhere.

Abusive men are not the one out of a million crazy scientist like “The Invisible Man” indicates. They’re your neighbor, friend, partner, or maybe they’re you.