“That time of the month” continues to go unacknowledged 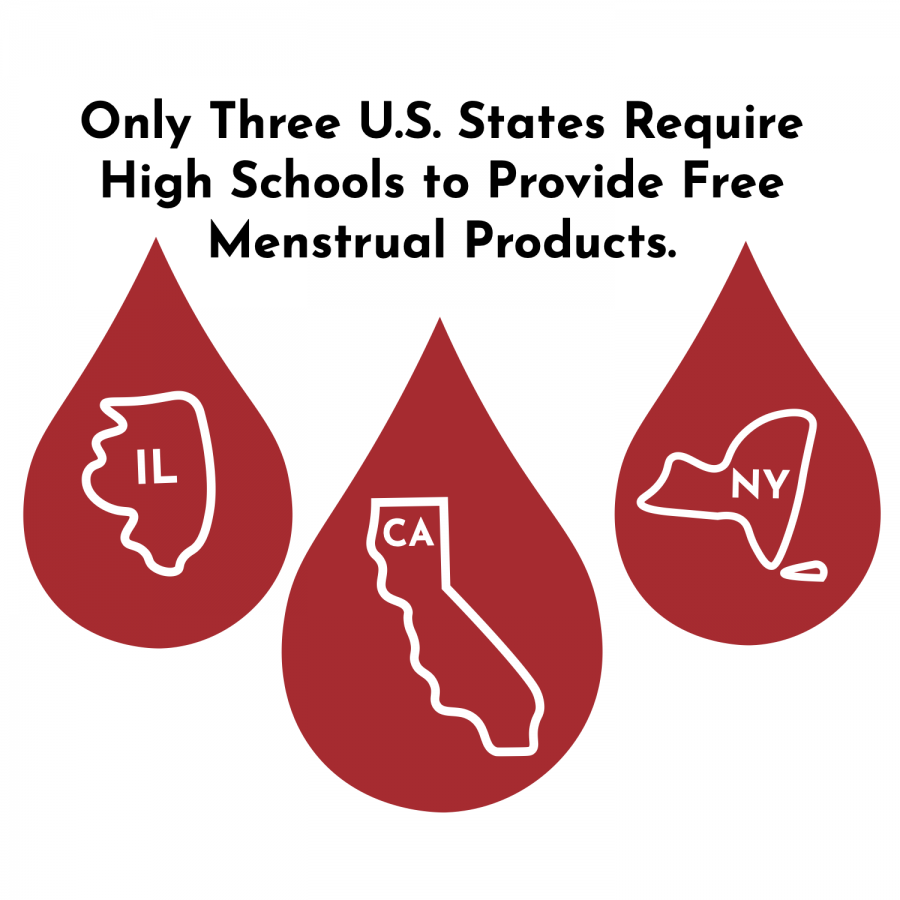 Nearly three-quarters of CHS’s student body will spend one week per month bleeding for the next 40 years. Yet despite the female-majority population, it seems some in-school stigma remains around menstruation.

Nearly three-quarters of CHS’s student body will spend one week per month bleeding for the next 40 years. Yet despite the female-majority population, it seems some in-school stigma remains around menstruation.

Though society has come a long way since discreetly selling pads without labels or identification, many female students still hide evidence of their monthly cycle in other ways, like slyly tucking a pad or tampon up their sleeve before leaving for the bathroom. The choice to hide feminine products stems from a vaguely inherent sense of embarrassment.

“We live in a world where a lot of the aspects of our society have been made to cater toward men, not women,” said junior Maddy Williams of Wall. “It’s been kind of ingrained in us that our needs are second best, and we need to kind of hide them in order to keep ourselves ladylike and… to cater to a male-centered world.”

Menstruation often has a dirty connotation. This taboo dates back centuries, as references to menstruation as unclean or a curse can be found in the Bible, according to Anna Druet of the Clue period tracking app. Social discomfort towards periods is historical and has yet to be amended even in modern times.

“It’s not something that you go and talk to people about a lot,” said sophomore Brielle Karolak of Brielle.

“I do get a little embarrassed since it’s kind of ingrained in me since I live with brothers and a dad, that it’s something that I should not talk about or really make known,” Williams said.

Many girls are uncomfortable talking about their periods, especially in front of members of the opposite sex. Junior Steven Ostrom of Lincroft, who grew up in a house with only his mother and sister, believes “it’s normal, it’s part of life.”

“I feel like if the role was to be reversed, there would not be as big an issue with it in society,” Ostrom added.

While Ostrom said he was taught a lot about menstruation in middle school, many males, like senior Jack McHugh of Manasquan, received little formal education on the female health system.

“I wasn’t really taught anything really, I just had to figure it out on my own… we didn’t really focus on the female side,” McHugh said.

By the time the average female CHS student reaches age 50, she will have spent roughly 2,280 days of her life on her period, going through thousands of feminine products. The one place female CHS students have not been getting those products from, however, are many public bathrooms, including the girls’ bathrooms at CHS.

Many female students have found that the tampon and pad dispensers in the bathrooms are never stocked.

“Not everyone brings things to school, and not everyone can potentially afford to buy their own feminine products and they rely on the school to have it,” Williams said.

Junior Georgia Trentalange of Middletown also felt that the dispensers are there for a reason, but are not currently serving their intended purpose.

“I often forget tampons and pads at home, and it’s there; shouldn’t there be stuff in it?” Trentalange said.

Principal James Gleason remarked that it was a problem that had gone unnoticed, but an important issue that must be resolved immediately.