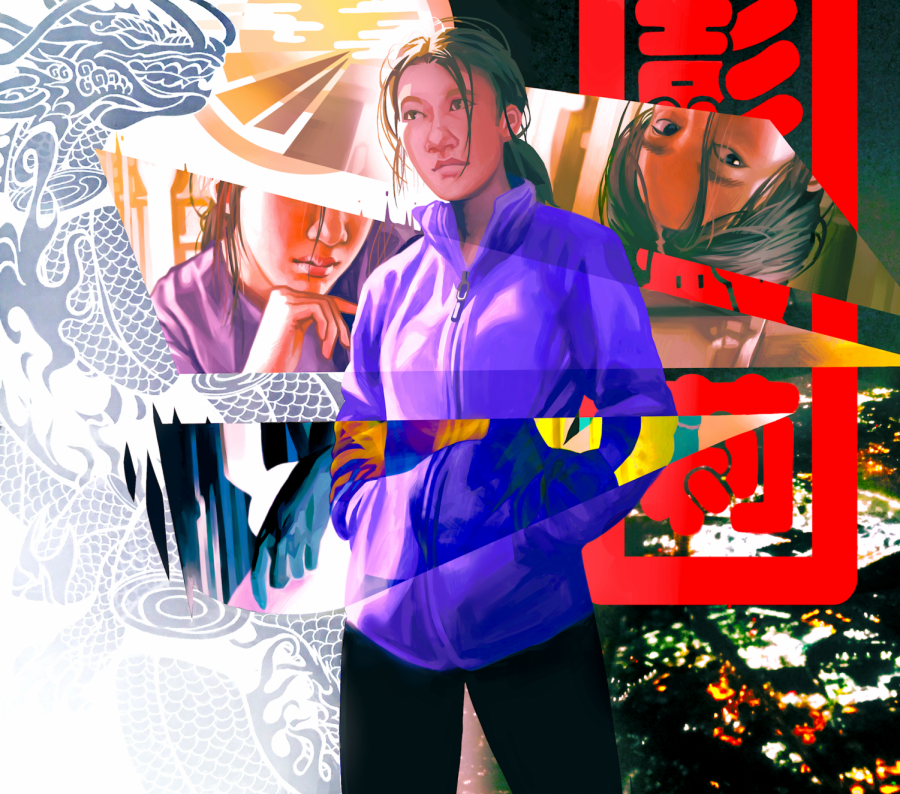 “I don’t really like most of the things I draw,” said junior Alexis Peng of Marlboro. Two weeks prior to this interview, the Scholastic Art and Writing Awards, “one of the nation’s longest-running and most prestigious recognition programs for creative teens,” nominated Peng for a national medal.

Even though Peng grew up in a family of engineers, she has spent most of her life exploring art. In middle school, she began taking her craft more seriously, and developed her preferred method of producing work.

“I always prefer using a computer to draw, it’s very convenient instead of having to buy and mix paints,” Peng said.

Peng created the piece she submitted with that approach, using just a computer and drawing tablet.  While she was already comfortable using this medium for her art, she decided to diverge from her conventional subject matter and use herself as inspiration.

“It’s the first time I drew something that was about myself,” said Peng. “I usually draw some book or film that I love but I used what I did in class: the first kind of personal thing I did in a long time.”

Peng usually draws inspiration from events in her life and other artists she admires, but often finds herself creating admirable work from spontaneous ideas.

“The most important thing about art to me is making it look beautiful,” she said.

High-scoring regional works within the Scholastic Awards advance to national judgement. Scholastic released the announcement regarding nationally-recognized awards on Mar. 16, and although Peng was not nominated for a national award, she is still proud of her achievement.

The young artist is not sure whether or not she will pursue art in college or as a career, but nonetheless, she plans to continue her passion and talent as a long-term hobby.

“Art is a very competitive field, and if I don’t make it, then I’ll be looking forward to doing art on my own time,” Peng said.