Promposals are not always celebrated 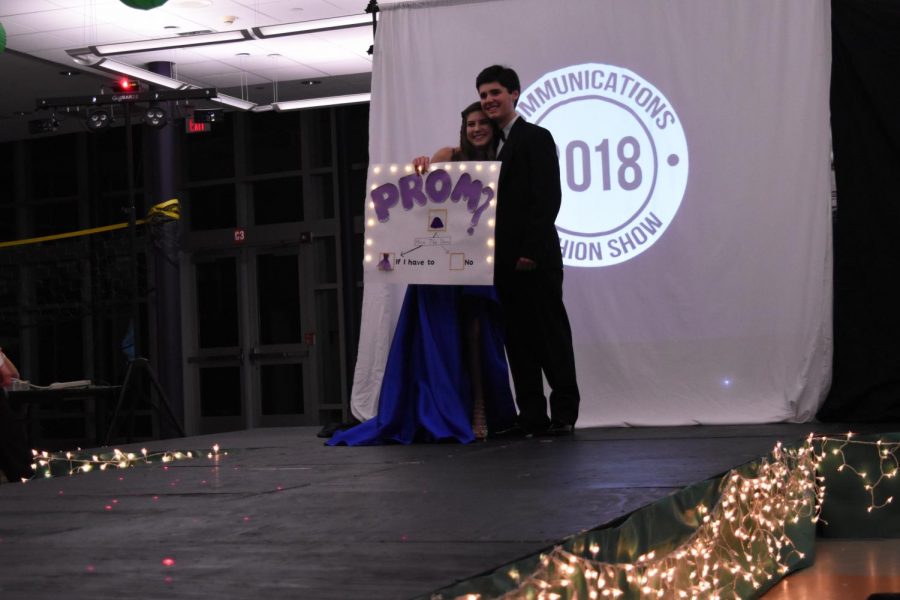 Class of 2019 members Katherine Jemas and Kyle Wheeler at the 2019 CHS fashion show, where Wheeler 'promposed' to Jemas

Prom is one of the highlights of the school year for many high school girls. They fantasize about their dresses, hairstyles, shoes and everything in between. The only thing left to complete their night is the perfect date. In recent years, the “promposal” concept has grown in popularity with teens. It goes beyond simply asking someone to prom, ranging from a cookie that says “Prom?” to jumping out of an airplane with a sign reading “I’m Falling 4 U, PROM?”.

Although many teens wish for their own extravagant gesture, they forget about the intense pressure that comes from a public display of affection. They are put on the spot, commonly in front of an audience, and have to make their decision instantly. If you’re in a relationship, you might find the gesture cute, but for most singles it can be immense pressure. By asking in front of other people, it is less likely that the recipient will have the courage to say no.

Jovani, a popular prom dress company, describes the mentality behind this trend, saying “many teen boys believe it’s worth it to make a unique memory and it builds up the hype of prom night.” This idea further reinforces that the better the promposal, the more excited their date will be to go with them. Mentalities like this one confirm the manipulation tactics behind the promposal gesture and how it can be seen in a negative light.

Last spring, senior RJ Franzen of Allentown promposed to a classmate during lunch. He held a sign that read “Are you up for prom?” and the entire cafeteria awaited her answer. Franzen said he put a lot of time and effort into the promposal, and felt pretty confident that it would have a positive outcome.

“I talked to her friends and we planned it the week before I did it,” Franzen said. “They helped me with making the poster and I wasn’t nervous about doing it because I felt pretty sure that she was going to say yes.”

Although promposals can have a negative connotation amongst certain groups, they are a  special and memorable moment for countless teenagers. Promposals are only continuing to be popular and new ideas are spread throughout social media. They may eventually become a prom tradition, but there are still many teens who simply ask or text someone to prom because, at the end of the day, promposals are not for everyone.