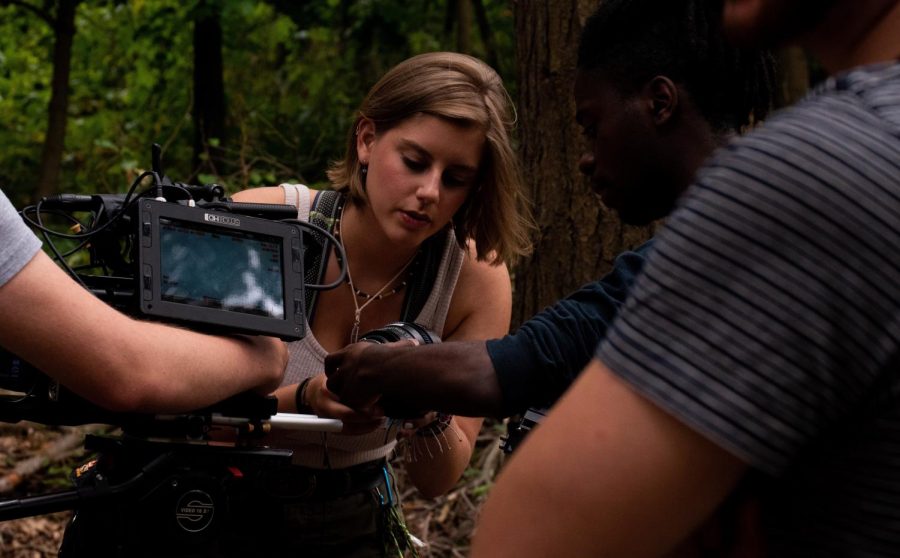 After creating a video that encapsulated the devastation of Hurricane Sandy in seventh grade, CHS Class of 2018 alumni Abi Karl realized how much she could influence others through film and immediately fell in love with the art.

Karl remarks that attending CHS was what convinced her to build a career in the film industry.

“When I toured CHS though, I saw a green screen setup and I immediately decided to apply,” Karl said.

Karl is just one of many CHS alumni who have taken what they learned at CHS and applied it to finding success in the film industry.

“I will say working professional sets can be a little nerve racking, but because my education at CHS was so great I was working on professional sets before I graduated, so I’m not in unfamiliar territory now that I’m working again,” Karl said.

Emerson College, where Karl currently attends, holds a film festival every semester. During her freshman year, Karl and her friends produced two films for the event: “Expiration Date,” which won best editing, and “Take a Hit of My Heart,” which was named the best overall film.

“I love being on set, so I love every second I get to be,” Karl said. “I love trying new positions and facing the numerous challenges that always pop up.”

CHS Class of 2008 alum Eric Dietel, who also studied at Emerson College, moved to Los Angeles after finishing college in pursuit of a TV and film career. Dietel said that his time at CHS and Emerson reinforced his passion for screenwriting.

“We were at school [CHS] before HD video, iPhone video, or even true digital video was a thing,” Dietel said. “Everything was shot on Digital Cassette Tapes and did not age very well. But the writing, especially from fellow alumni . . . will always make me laugh.”

Dietel began his career interning for “Arrow” on the CW network. He later became a writer’s production assistant on the CW’s “Legends of Tomorrow” and the ABC show “Deception.” He also worked in the television wing of Berlanti Productions at Warner Bros. and mostly recently as freelance writer for the DC Comics show, “Doom Patrol.”

“All of this took about ten years to accomplish, but I was lucky enough to enjoy every job, even when it was just getting coffee, because I worked with really great people,” Dietel said.

As a television writer, Dietel feels that the opportunity of working with actors and directors is  similar to working with his fellow students and digital video teacher David Salowe during his time at CHS.

“As a kid all I ever wanted to do was work on movies and couldn’t believe there was a school in my county that offered that as a course of study. My best friend Taylor Gledhill and I made movies all the time as kids and we were lucky enough to both get accepted into CHS,” Dietel said, “CHS DV classes, the friends I made in those classes, and of course the mentorship of Mr. Salowe opened my eyes to what a career in the film industry could be like.”

Since graduating from CHS and earning a BA in Film Producing from Chapman University, Taylor Gledhill has found his success in the industry. He currently acts as the Director of Social Media at the start-up entertainment company Legion M, the world’s first “fan-owned entertainment company”.

Earlier in his career, Gledhill was a Digital Producer for Comedy Central’s “@Midnight” and served as a writer for Funny or Die’s “Cord and Tish” project.

Gledhill said the opportunities that CHS offered allowed him to discover that he wanted to work in film.

“I was immersed in film, TV, and learned from professionals who had worked in the industry or were making movies in their free time, etc.,” Gledhill said. “It was a great place to practice and fail, practice and succeed.”