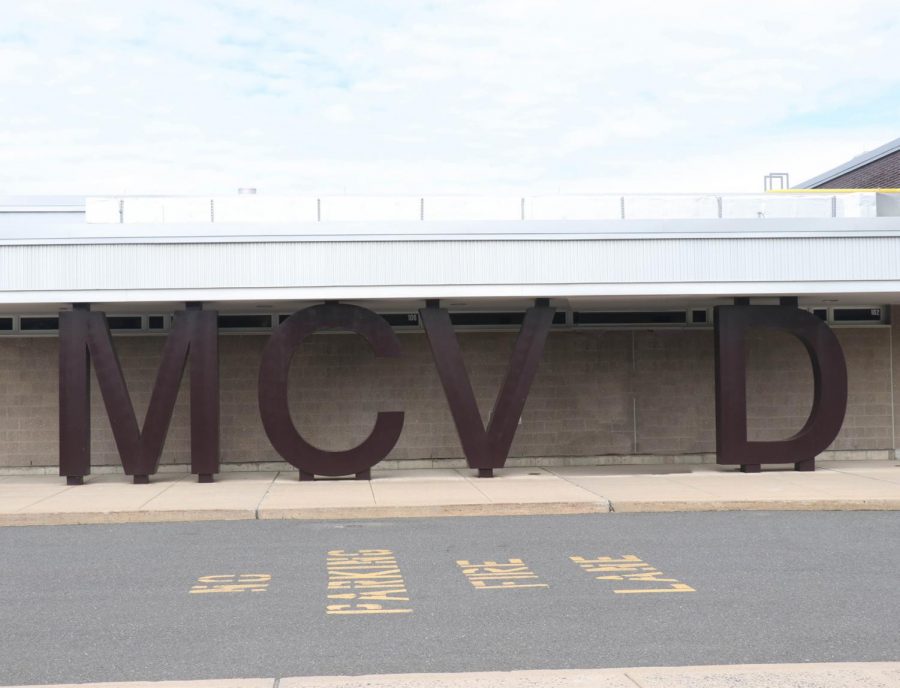 On May 5, the iconic “MCVSD” sign was vandalized when an unknown criminal stole the “S” from the sign.

*This article is satirical*

On May 5, just like every other morning , Principal James Gleason drove into the CHS parking lot and parked his car. Something immediately felt wrong, but he couldn’t put his finger on it. But when he stepped outside and looked at the building’s front facade, he nearly fell over in shock.

“The ‘S’ was gone from the MCVSD sign. Somebody stole it, and we have no idea who,” Gleason said.

Gleason notified the Wall police immediately, who arrived minutes later and declared it a crime scene. The investigation is currently underway but progress is slow, according to Wall Police head detective Frank Gorlami.

Now, the current MCVSD Board of Education must decide what to do about this crisis. Superintendent Timothy McCorkell feels that this tragedy necessitates a name change.

“The district’s namesake is mutilated, so we have to take decisive action. Our district is now called the MCVD- we just don’t know what it stands for yet,” McCorkell said.

Administration has narrowed down replacement names to three choices: the Monmouth County Vaseline Depot, the Mostly Competent Vulture Dispensary, and the MiCellar VanDerbilt. The Board of Education will vote on a new name at the next meeting on June 3.