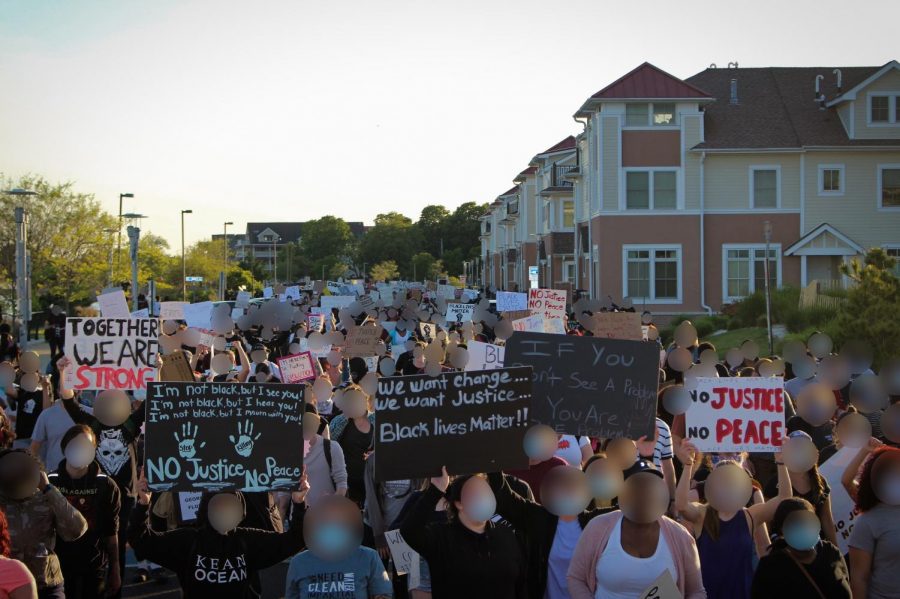 Prior to the rally, seniors Vaughn Battista of Tinton Falls, Michael Landolfi of Tinton Falls, Jack Hester of Oceanport and Nick Chunn of Tinton Falls organized a group of CHS students who had indicated interest in attending the rally. At least 13 CHS students took part; others wanted to, but could not go as a result of concerns regarding possible exposure to the coronavirus or safety threats.

“Unfortunately, my parents made the last-minute decision not to attend, due to health and safety reasons… I watched the protest from home via live stream,” said sophomore Hannah Schwartzberg of Ocean.

For those who were able to attend, many had a powerful and safe experience.

“My experience with the protest was extremely positive. While I was there, the gathering was very peaceful, and I felt that it was an important event for members of the entire local community to take part in,” said senior Dane Tedder of Ocean.

In addition to CHS students, at least 5 members of the CHS alumni attended, including Class of 2019 alumni Summer Ward.

“I’m not aware of the CHS Faculty’s response, being an alum, but I hope they’ve released a statement,” Ward said.

The protest helped attendees better understand the nature of local protests, and how to support the movement.

“I learned how officers have been performative in their acts of support for the movement … if you’re not helping because it’s ‘too complicated’ or ‘you don’t know where to start,’ you haven’t tried,” said senior Sara Huang of Ocean.

Although the protest is a step in the right direction and indicates that some of the CHS student body actively supports the Black Lives Matter movement, there is much more to be done.

“One of the most important parts of this movement is being willing to sacrifice your personal interests for the good of marginalized people… ultimately, if you are only willing to be part of a movement when it is easy, and you step back the second you have to take a risk for the greater good, how loyal are you to the movement?” Battista said.