Class of 2020 is ready for virtually anything, even graduation 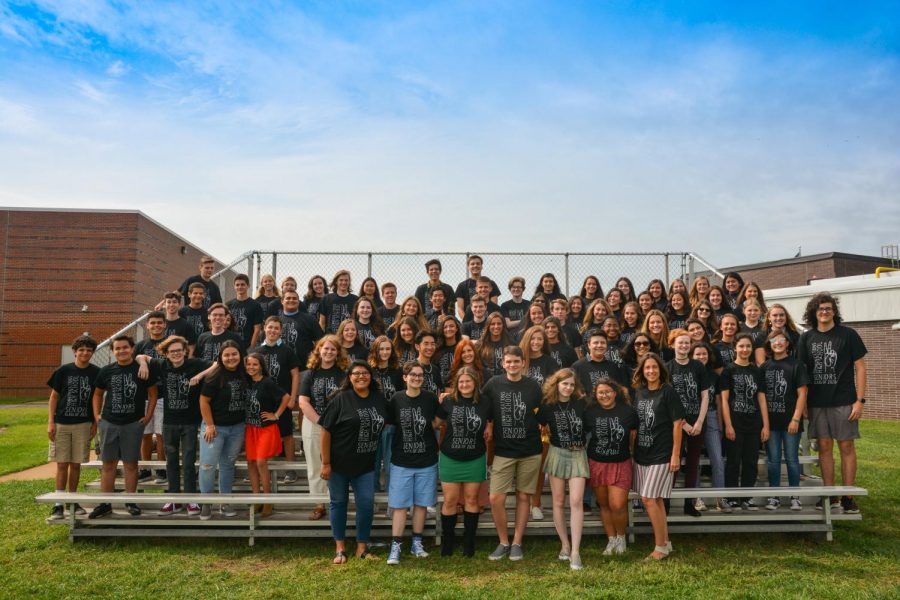 The Class of 2020 stands together on the first day of school in 2019 to take a class photo.

On May 26, Governor Phil Murphy announced in his daily briefing that New Jersey schools could have in-person graduations beginning July 6, following strict guidelines. The next day, CHS Principal James Gleason announced that the district started working on plans for MCVSD career academies’ graduations, following the new orders. However, a letter from Superintendent Timothy McCorkell on June 8 announced that these plans were cancelled and graduation would be held virtually.

Within the letter, McCorkell provided the state restrictions for in-person graduation and said, “With this extensive list of stringent guidelines, we do not believe that we can provide a level of safety that is required during a pandemic.”

This announcement led to some mixed emotions among the Class of 2020. While some seniors were understandably frustrated and disappointed after receiving the email, others, like Dane Tedder of Ocean and Liam Jamolod of Howell, were somewhat relieved.

“In-person graduation would have been nice, however, I also feel it would be kind of weird going back in July and still kind of ‘feeling like a senior’ until then,” Jamolod said. “I prefer this because it really just pulls off the band-aid now that this chapter is closing and that, even though it’s unfortunate, we just have to keep moving forwards to bigger and better things.”

The district will now hold a virtual ceremony, via YouTube, on June 17 for all academies. The following day, there will be an optional drive-up graduation for students at their respective schools. At CHS, seniors will receive their diplomas, a “swag bag” and some other surprises, according to English teacher and class co-adviser Emily Crelin. Along with co-adviser Kathryn Diver, Crelin believes that the drive-up and virtual commencement will still be special.

“This definitely wasn’t how I envisioned the end of their senior year. But, Mr. Salowe, Mrs. Diver and I have been working so hard on the virtual graduation and I think it’s going to be great,” she said.

Despite the disappointment in the lack of an in-person ceremony, students still believe there are ways to make the ceremony memorable and fun with their peers.

“I don’t think it’s honestly that much of a sacrifice. Maybe symbolically, but in terms of how the actual day’s gonna go, I think we still have the ability to hang out with friends and do stuff like that as long as we’re doing it safely,” Tedder explained.

Crelin wants the seniors to know that she and Diver are doing everything they can to make this unusual time special and hopes “that we have made as much of an impact on them as they have on us. We will always remember the Class of 2020 and I hope they know how different CHS will be without them. ‘Someday we’ll find it, the rainbow connection, the lovers, the dreamers, and me!’”

Though this year has been anything but ordinary, Jamolod thinks that nothing can diminish the memories the class shared.