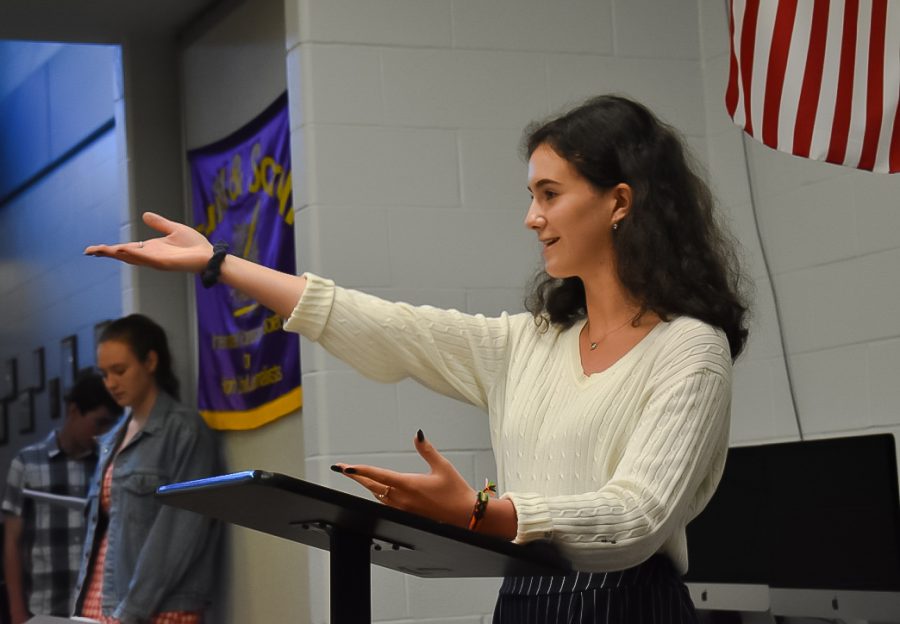 This past year 52% of leadership positions for the SGA, JSA, NHS, and CCC were held by male students, but the most recent elections resulted in completely female leadership for the upcoming year.

As the majority of the population of CHS is female, it should not be surprising that many leadership positions would be held by female students. However, having 100% of leadership positions for four of the largest clubs in the school held by women is a stark contrast to last year’s predominantly male councils.

All five of the newly elected SGA members are female students, a distinction from this past year’s council which consisted of three male members.

“I don’t remember if there’s ever been [a completely female SGA],” said SGA adviser Leah Morgan. “There may have been in the past, but off the top of my head, I don’t recall.”

The SGA was not the only council to see a turnover of almost entirely male to completely female after the most recent election. Six female students have stepped up to fill the JSA council seats, which were previously held by five male students and one female student.

Newly appointed JSA Vice President, junior Erin Burke of Allentown hopes that the all-female council will inspire more female students to participate in the club, which has been largely run by male students over the last few years.

“It’s definitely, during meetings, very male-dominated, and I think seeing females in leadership positions, especially in that club, is going to do a lot to give the underclassmen a more comfortable feeling [when speaking],” Burke said.

Over the 2019-2020 school year, the NHS council was evenly split between males and females. However, with just one male student on a ballot of eleven candidates this year, the four positions went to female students.  NHS adviser Justine Lane noted that more often than not, the NHS council is all-female.

Junior Brooke Stark of Manasquan, who will serve as NHS President next year, believes the reason for the prevalence of female students on club councils could just be that more female students from the rising senior class are looking to hold leadership positions this year.

“I feel like there are more girls who are interested in being leaders in our grade,” Stark said. “Right now women are like ‘Whoa, I can lead people too!’… I have the confidence and power to be able to hold this position.”

According to Morgan, the current freshman class has the highest ratio of males to females that have ever come to CHS. This brings a higher possibility of a shift back to a more balanced proportion of male/female leadership positions as the class of 2023 progresses through their time at CHS.

“We’re overly heavy on females, to begin with, so I think it’s a good thing to inspire more girls to take on leadership roles in the first place,” Morgan said. “And then boys who want the leadership roles, it inspires them to step up, they have to compete for more for it.”