Return of in-person graduation provides closure for Class of 2020 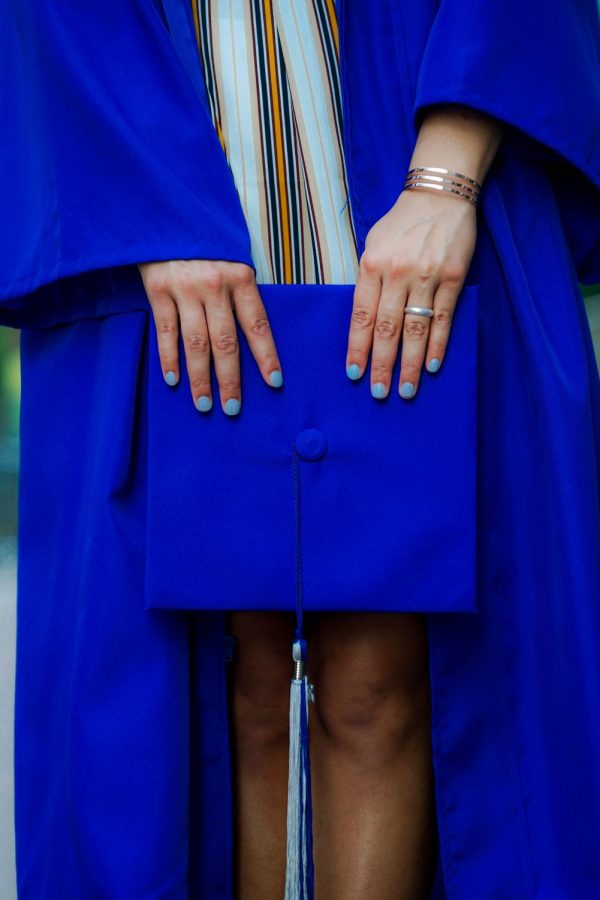 The class of 2020 might be able to have their in-person graduation after all. https://unsplash.com/license

On June 8, Superintendent Timothy McCorkell released a letter announcing that graduation will be held virtually due to the inability of the MCVSD schools to uphold the state-mandated safety guidelines. Three days later, Assistant Superintendent Dr. Charles Ford announced in a June 11 letter that while meeting with the Monmouth County Board of Chosen Freeholders, they were able to devise a plan for a safe, in-person graduation ceremony in July.

“Based on the resources provided by the Freeholders, we all feel confident now that we can provide the level of safety necessary to host an in-person commencement,” Ford wrote.

In his letter, Ford addressed the uncertainty of the plans due to changing safety guidelines regarding ceremonies.

“This will all be contingent upon the Governor maintaining his guidance on capacity of the events and no other restricting guidelines being developed between now and the dates of the ceremonies,” he wrote. “This is a difficult time and we are dealing with daily changes. It is not easy trying to ensure that we are in compliance and providing a level of safety that we are comfortable with for our students.”

Ford also wrote that virtual graduation will still take place on June 17 on the District’s YouTube Channel, as well as a diploma drive-through ceremony on June 18 at each academy. According to an email sent out by CHS Principal James Gleason on Monday, students will be assigned five-minute time slots via lottery to walk across a stage at the front of CHS and pick up their sanitized diploma as well as any awards they may receive.

In a video uploaded to the MCVSD YouTube Channel on June 15, Ford stated the procedures for the modified in-person graduation. In order to comply with social distancing and safety guidelines, students and visitors will be required to sit six feet apart and wear face coverings, in addition to other procedures. The ceremonies will span from July 14 to July 16 at East Freehold Park. The CHS graduation ceremony is set to take place on July 15 at 11 a.m.

Prior to Ford’s announcement, Kelly Wimmer, a parent of a MAST senior, started a petition on change.org last Tuesday to support the effort to give MCVSD seniors an in-person graduation. In just a few days, the petition gained over a thousand supporters.

“It’s a lack of empathy and respect for the senior high school students graduating this year without a formal graduation,” a parent of an MCVSD senior wrote in a comment on change.org. “With all the hard work it took not only to obtain admission to the vocational schools, but all of the energy it took to remain, these kids deserve a proper graduation and to be acknowledged in person.”

Gov. Phil Murphy raised the limit on outdoor gatherings to one hundred people on June 9. Following this, MCVSD administration did not act quickly to change their decision, motivating Wimmer to start the petition.

“Upon hearing the same day that the Governor was relaxing guidelines and all the surrounding schools, much larger in class size, quickly had in-person graduation dates on the calendar, I figured MCVSD would quickly reverse its position,” Wimmer said. “My guess would be that the petition helped, but wasn’t the only factor in reversing the decision. There was a lot of parent and student involvement, calling and emailing the Superintendent’s office, Monmouth County officials and NJ state reps. The administration seems to be moving swiftly on handling the in-person graduation, announcing dates for each school yesterday.”

Though the in-person graduation cannot completely compensate for lost time, senior Jennifer McCue of Freehold said she believes that the ceremony will bring closure to the Class of 2020.

“The graduation in July, as well as all of the other efforts that our class advisors and Mr. Gleason put together, provide some of the closure that we needed,” McCue said. “The in-person graduation would make sure that we have one more memory all together as a class and I’m glad they decided to do it.”