The SAT and its role for students in today’s society 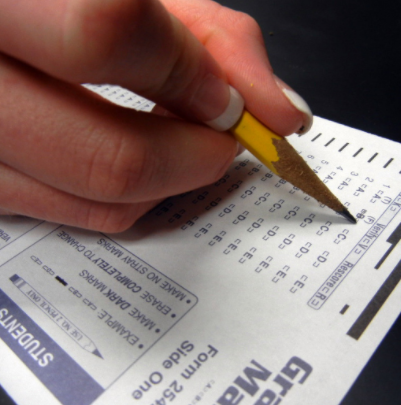 According to a study by Harvard University, 69% of students cite getting into a good college as a source of stress.

The SAT: a test feared by juniors and seniors alike. The questions of “What happens if I don’t get a good score?” and “Will I get accepted into college?” Since the SAT’s inception in 1926, countless high school students have submitted their standardized test scores to colleges. But along the way, many students face problems including unfair disadvantages and heightened stress. So why should colleges require the SAT when they can get to know prospective students in alternative ways?

In addition to SAT scores, students applying for college submit their high school transcripts and a personal essay. These are much more telling of a student’s success than a singular test could ever be.

Many students end up taking the SAT multiple times in order to get a better score, which can lead to students not putting as much of a focus on their regular schoolwork.

Junior Liam Stemetzki of Wall took the SAT in December 2019 and talked about the downside of students taking the test under so much pressure.

“The extra stress brought on by the SAT combined with schoolwork can be too much on many students, which in many cases can cause students to underperform in the SAT, school, or both,” Stemetzki said.

Although many colleges heavily base their admissions on SAT scores, studies show that the SAT is not the best indicator of a freshman’s success in college. According to the Los Angeles Times, research shows that grades are the single best indicator of college performance, and aren’t as heavily influenced as standardized testing by financial status, race, and parent education levels.

The SAT’s issue with bias is also a cause for concern. Students at a financial disadvantage are often found to get lower scores, since many can’t afford to take test prep classes. The racial difference is also cause for concern, given that in 2018, combined SAT scores for White and Asian students averaged over 1100, while all other groups averaged below 1000, according to Forbes.

Even though the SAT has been the precedent for college admissions for almost a century, during the coronavirus pandemic, many universities have created test optional or test exempt options for seniors to take advantage of. However, schools like Washington & Lee University and the University of Florida still require SAT or ACT scores, despite there being various problems with standardized testing.

The skewed nature of the SAT and the pressure it places on high school students outweighs its claimed benefits, making it clear that the SAT has to go.