Was the Supreme Court nomination constitutional? 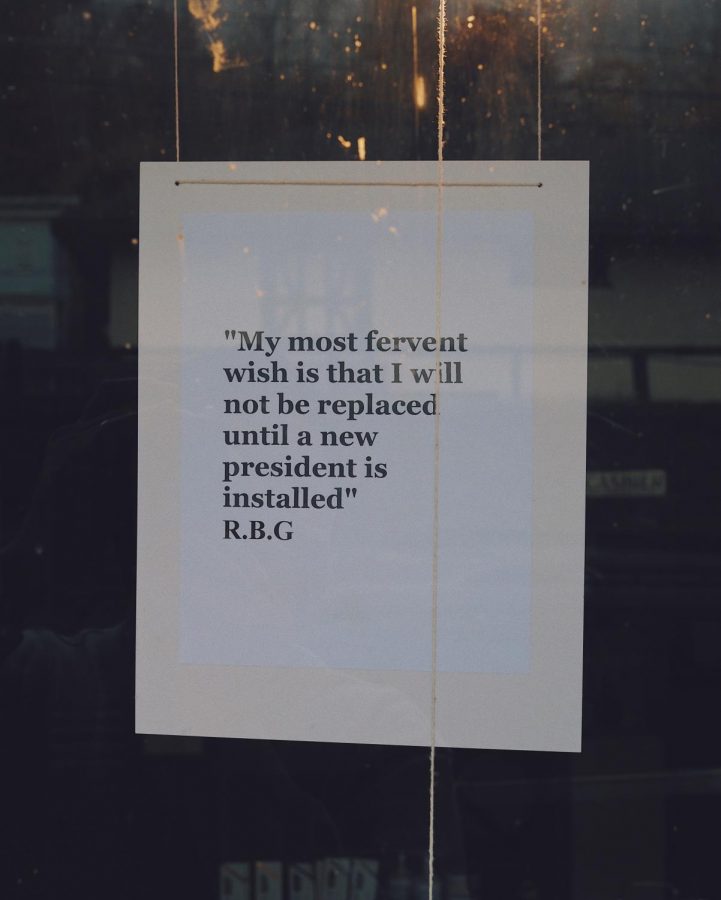 With the lose of Former Justice Ruth Bader Ginsberg, the Supreme Court seat is filled before the 2020 election. https://unsplash.com/license

While Justice Ruth Bader Ginsburg and Justice Antonin Scalia had opposing views on politics, the two had many things in common: both enjoyed opera, both traveled to India and rode elephants together and both passed away during an election year.

The nomination of a Supreme Court Justice when there is a vacancy in an election year is immoral. Both reputable Democrats and Republicans agree, or at least agreed, during the 2016 election year.

In 2016, Republican South Carolina Senator Lindsey Graham said “I want you to use my words against me. If there’s a Republican president in 2016 and a vacancy occurs in the last year of the first term, you can say Lindsey Graham said let’s let the next president, whoever it might be, make that nomination.” Yet now, Senator Graham has  supported President Trump’s nominee for the Supreme Court vacancy.

Junior Quinn Hoagland of Colts Neck agreed that a Supreme Court Justice nomination during the 2020 election year is immoral.

“I think, especially in regards to a court of law, it is very important to uphold, not ignore, precedent. Towards the end of Obama’s time in office, he was prevented from appointing a new Supreme Court Justice. It is only right that Trump follow that precedent and let the winner of this election decide on the appointee,” Hoagland said.

Judge Amy Coney Barrett was the nominee that President Trump put forth to be a part of the highest court of the United States. When she was confirmed as the next justice on Oct. 26, she became only the fifth woman to serve on the bench, but she might reverse what Former Justice Ginsberg did in her life’s work for equality.

When asked about her views on LGBTQ+ rights she recently replied using the words, “sexual preferences,” a highly offensive term to describe the LGBTQ+ community. Her views on abortion rights are also a cause for concern for many Americans, due to her continuously opposing Roe v. Wade.

President Trump has reportedly chosen Barrett to reverse Roe v. Wade according to NBC News. As this monumental decision which protected abortion risk is at risk, so is birth control, contraceptives and in vitro fertilization. In her legal history, she has tried to push for a law that would notify parents for minors looking for an abortion, according to CNN.

Judge Barrett is also affiliated with the small church of the People of Praise. This Catholic group’s devolted community has strict views on: human sexuality, traditional gender norms, and it also does not agree with an openly gay population, according to The New York Times. This causes concern for everyone when we are still unsure of her agenda and she will be deciding our fate.

A nominee from any president during an election year is wrong. It must be the decision of the next president. Judge Amy Coney Barrett’s confirmation to replace the iconic trailblazer Former Justice Ruth Bader Ginsburg is wrong.