Art has been used to change mindsets and shape opinion 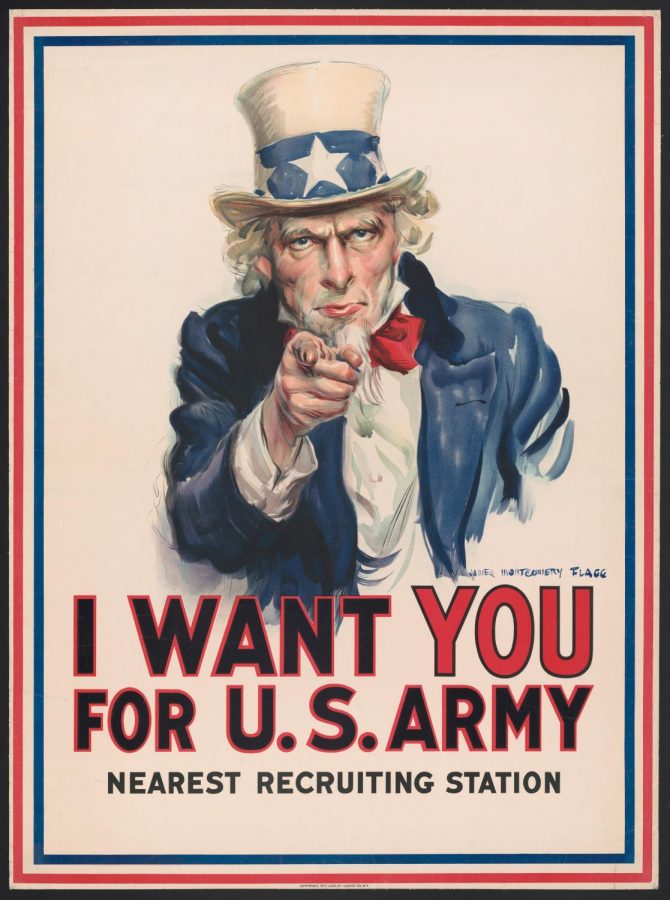 Propaganda has been used in many ways throughout history to manipulate. https://unsplash.com/license

“Art helps you express the feelings you can’t put into words,” freshman Kelly Meehan of Wall Township says. Because art is so easily conveyed and seen, it has often played a manipulative role in society. It has proven to be dangerously easy to to contort and often has in the past, by the most notorious and evil people in history.

One may wonder how propaganda can so easily lead seemingly ordinary people astray, causing them to practice and accept shocking and disturbing prejudices. According to the Mount Holyoke College, propaganda works through the act of division. It creates a fine line between the “us” and the “them,” emphasizing to the viewer that anyone different from them and what they believe is a threat to their wellbeing. Dehumanizing the opposing side often leads people to justify the horrific deeds they commit. This dangerous message is most commonly found in different forms of art; political posters, movies, and cartoons.

An article written by the Mount Holyoke College in Massachusetts titled “Art as a Political Tool,” explains why. According to Mount Holyoke, propaganda through the form of political posters and cartoons is the most simple and straightforward way to instil an image in the public. To no surprise, it is also the most unrealistic way to communicate. In order for propaganda to function, the message it portrays must work as an extreme and often misguided call to action. The more simple and direct a message is, the more easily it will be received. And regarding propaganda, the use of art is about as direct as you can go.

Natzi Germany’s use of racism and antisemitsm as a form of crowd brainwashing is perhaps the most infamous example of propaganda. After Germany’s defeat in World War I, many Germans felt a growing sense of anger towards the outside world. Hitler, with the use of propaganda, channeled that anger into the detrimental dividing line of the “us” and “them”, blaming Germany’s defeat and financial problems on Jews and other minorities. Messages of Nazi nationalism were printed everywhere and on everything, making Hitler and the “Motherland” flawless in the eyes of the people. The Nazis wanted absolute control over their people’s minds and hearts, and sneaking their messages through the arts was a way to exercise that power.

Using art as propaganda has never been an unusual occurrence. For example, posters in the Soviet Union showed farmers smiling and whistling while they worked. Political cartoons warned of the dangers of having personal freedom, reminding people that to be better off than someone else was an act of treason against the state.

In North Korea today, propaganda posters are filled with happy smiling soldiers and agricultural workers, boasting of Kim Jong Un’s brilliance, while thousands of North Koreans suffer cruel punishment in concentration camps and are unable to leave the country.

These dictators have all used art as a means to subjugate and brainwash their citizens. Other cases of propaganda are more subtle and arguably less evil. Take Uncle Sam, a famous figurehead who was used to convince young men to go to war, farm difficult terrain and believe in “correct” American ideals for over a century.

The history of art used as propaganda is a horrifying one. The power of the canvas to manipulate people is incredible as it is formidable. However, this doesn’t mean that art is inherently propaganda. For it has also been used for great causes and movements, moving people’s hearts and making them think for themselves.

History teacher Tom Ross agrees that the power of art in our society is immense.

“In general, I think art is incredibly important,” he says. He believes that art can easily capture the essence of a belief or idea, and that we rely on art to understand the people and objectives of our past.

“ [the arts] reflect the beliefs in society at points in time; they’re like snapshots,” Ross said.