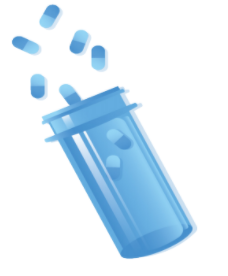 As the decision about decriminalizing drugs opens nationwide, many people still have concerns.

With several states across the U.S. pushing to legalize recreational marijuana use, widespread drug decriminalization came into question as well. In the 2020 election, Oregon became the first state in the U.S. to decriminalize all drugs under Measure 110, sparking controversy over the benefits of doing so.

According to the Foundations Recovery Network, those who oppose decriminalization fear what the change could lead to, such as widespread legalization. Drug decriminalization may lead to an increased supply of drugs, which would inadvertently decrease drug prices. With greater accessibility and a lack of fear of legal prosecution, some fear that temptation for experimentation would increase, along with addiction rates.

Senior Luke Sassa of Matawan shared these concerns, explaining that decriminalization may not be the best option for all drugs.

“Although harsh penalties for certain drugs should be lightened, we shouldn’t decriminalize every drug out there,” Sassa said. “The current penalties serve as an important deterrent, and I fear that in the absence of such laws, drug use will spike.”

However, as detailed in Measure 110, drug decriminalization does not protect drug dealers and addicts from prosecution. According to OPB, under current laws, the possession of drugs is considered a misdemeanor but is classified as a felony if the offender possesses a larger amount of drugs, has two or more prior convictions for possession, or any prior felony convictions.

Under Measure 110, possession of drugs is considered a civil violation and is punishable by a $100 fine without the possibility of jail time. More serious convictions that would previously be considered felonies are now considered misdemeanors and are punishable by a maximum of three months in prison or one year on probation.

By decriminalizing all drugs, states would prioritize the rehabilitation and recovery of drug addicts rather than their punishment. According to the Drug Policy Alliance (DPA), many addicts who need rehabilitation and treatment avoid getting help to hide their addiction and protect themselves from prosecution. The DPA further explained that decriminalization across the world has reduced addiction, overdose and HIV/AIDS, while criminalization in the U.S. does the opposite.

“More than a million people are arrested each year in the U.S. for drug possession, but this has done nothing to reduce the availability of drugs or the harms they can cause. What we’re doing doesn’t work – and actually makes things worse.”