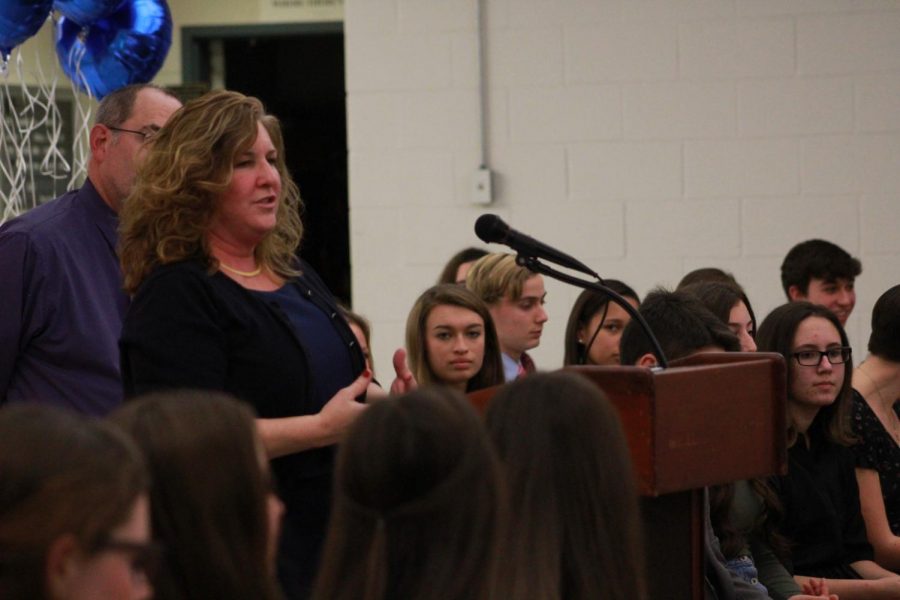 BLOT PHOTO BY WILL CARRAGHER

With NHS inductions right around the corner (last year's ceremony pictured above), students discuss the changes in the NHS applications.

National Honor Society (NHS) is a global organization that prides itself on having the best leaders, scholars and workers. At Communications High School, the rigorous application process came to an end on Thursday, Jan. 21, although most of the applications are still under review.

As with many other things this year, the application process looked a little different. Ms. Lane decreased the total number of hours from 100 to 60, and service hours from 50 to 25.

According to NHS Advisor and math teacher Justine Lane, the changes had little effect on the number of applicants.

“Overall, I did not see a decrease in applicants. I normally receive around 40-45 applicants, and this year there are 41. So, it is right in the ballpark,”  Lane said.

When asked about the decision to reduce the number of hours, Lane expressed her concern for the students.

“The number of service and leadership hours was reduced because of COVID lockdowns and closures,” Lane said. “So many volunteer opportunities just disappeared. Additionally, students who were immuno-compromised were forced to avoid volunteer situations because they might be life-threatening.”

For some applicants, such as junior Lana Tomchuk of Middletown, the change in total hours had no effect on their application.

“I had already met the 150 hour requirement before they lowered the requirement, so personally I was not worried, but I understand why other people would be,” Tomchuk said.

In a typical year, the NHS council would also play a big role in school activities. They help freshmen get acclimated to a new school and find volunteer opportunities for everyone. According to NHS president and senior Brooke Stark of Manasquan, the council has taken a hit as well.

“This year I feel has definitely taken some of the pressures off the council and added new ones in different areas. Where we haven’t been able to coordinate many events, we have been adamant about finding volunteering opportunities for members to get hours,” Stark said. “Overall though, I think because we all know each other so well, communication has been as easy as is possible in these difficult times.”