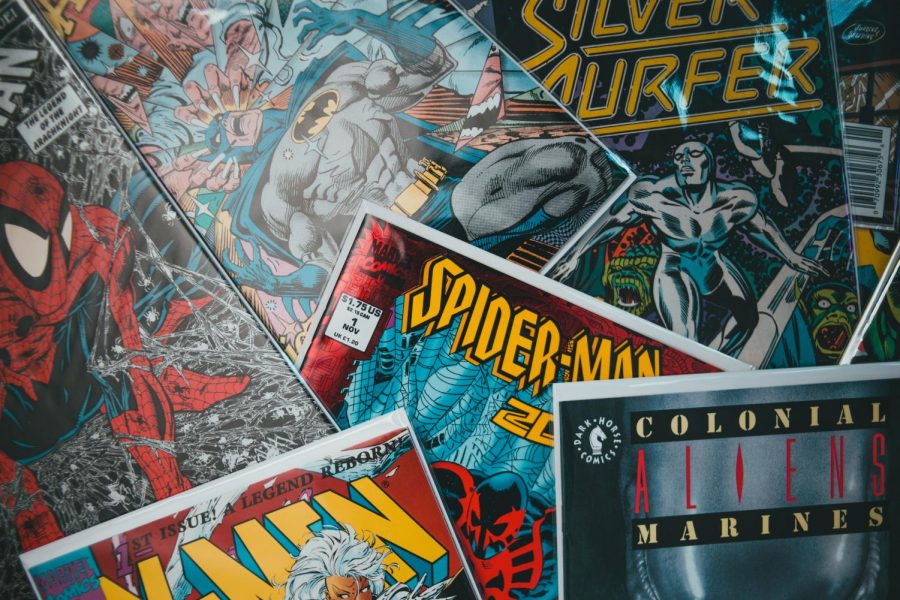 With the future of the Marvel franchise in question, many applaud the new television series "WandaVision." https://unsplash.com/license

Marvel — a company known for releasing action-packed movies — has created what seems to be a romantic sitcom on Disney Plus.

While the company has released several shows in the past, a lack of communication between television and film-making studios made it difficult to connect these series to the movies. However, with Kevin Feige now overseeing both branches as the new Chief Creative Officer, both types of media will contribute to the ongoing plot of the Marvel Cinematic Universe.

Marvel is taking advantage of this cohesiveness with their release of the “WandaVision” series. This show and several others are introducing the fourth “phase” or chronological group of media.

The show follows Wanda Maximoff, also known as Scarlet Witch, and her android partner, Vision, who live in a happy marriage as they try to hide their superpowers from their neighborhood. Unlike most of the action movies in the franchise, it appears to be a romantic comedy staged in the 1950s and 1960s, with clear homages to series such as “The Dick Van Dyke Show,” “Bewitched” and “The Brady Bunch.”

Even though this show appears lighthearted in contrast to Marvel’s movies, each episode hints things aren’t quite right. Colorful objects appear in the monochromatically filmed second episode, and characters act jarringly out of place when events from previous films are mentioned.

Many fans were initially confused by this differing plot. However, after watching the first episode, viewers like Freshman Brianna Driver of Freehold understood that things aren’t as they seem.

“Originally I was kind of disappointed because it seemed like more of a sitcom than action stuff, which is what we’re expecting from Marvel,” Driver said. “But I do see some type of underlying action things that I think are gonna come up later.”

WandaVision is only one of the many shows fans can look forward to. Marvel plans to release other series to Disney Plus such as “Loki,” “The Falcon and the Winter Soldier,” “What If…?” and “Hawkeye.” Marvel Studios planned to introduce this new phase with “Black Widow,” however, the film has been postponed due to coronavirus restrictions.

As a result of events in previous movies, many notable heroes are unlikely to make a reappearance. Many fans are curious as to how the Marvel franchise will continue without several key characters.

“It’s kind of hard to follow up from all of this great stuff we have with Iron Man out of the picture and Captain America gone,” Driver said. “I think Marvel does have a future, though.”