CHS traditions on hold for the remainder of the year 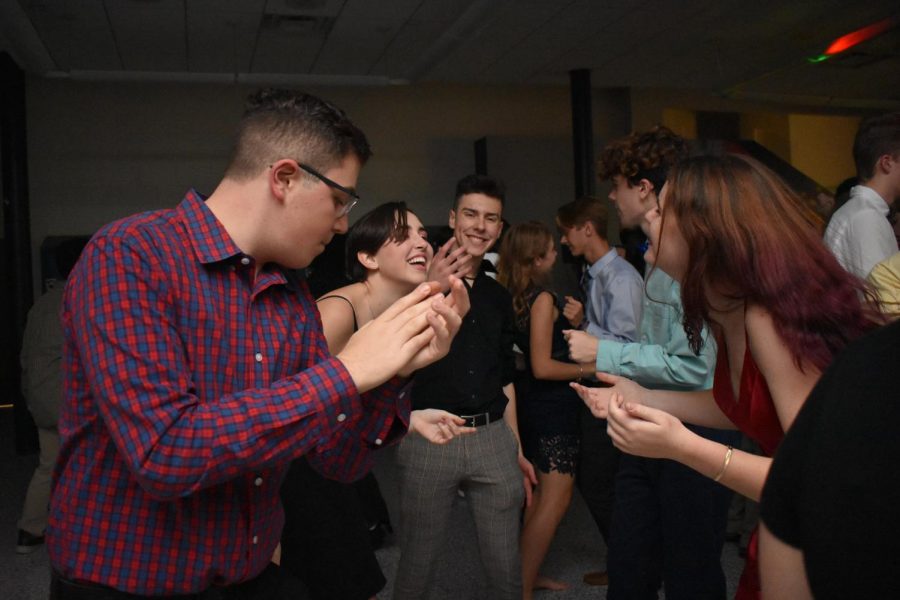 Students reflect on the loss of school events (such as Homecoming 2019 shown above) and what the future may hold.

It’s no secret that students throughout CHS have been anxiously awaiting status updates regarding their favorite end-of-the-year events. As of now, it seems as though certain events are a lock to still take place, albeit in a modified format, while others are more of a long-shot.

“We are planning a Spring Spirit Week and we are looking at using the same format we used in the fall so both cohorts can participate,” said Student Government Association (SGA) advisor Leah Morgan. She explained that the week-long event will utilize both virtual and in-person elements in order to replicate the success of Fall Spirit Week.

For other events such as Color Wars, which have yet to be staged successfully during the pandemic, the plan is much more fluid.

“I’ve been discussing the possibility of Color Wars with Mr. Gleason for a while and we are hashing out the options we have,” Morgan said. “I don’t want to commit to anything at this time, but there is a strong possibility that we will hold Color Wars in some fashion this year. It won’t look like what we are used to, but it will be something.”

Out of all of the events that may take place over the remaining months of the school year, none carry more uncertainty than Prom, which has been the subject of frequent speculation amongst the senior class. Principal James Gleason indicated that discussions are ongoing over how Prom may be held, but cautioned that the event will almost certainly be different from the past, if it is even held at all.

“I don’t think it’ll be Prom like we’re used to seeing, if there is going to be [a Prom],” said Gleason.

Gleason also mentioned that a plan to host Prom must be approved by the district for each of the individual vocational schools and that such an event must take COVID-19 precautions into account, making the planning process a complex and ever-evolving task. Still, he wants to find a way to bring a modified Prom to fruition.

“I hope to see the Prom actually happen,” said Gleason. “For the seniors right now, to have some type
of end of year event, closure for them, because obviously, this is their last year.”

Senior class council member Francesca McCaffrey of West Long Branch echoed this sentiment, as she expressed the importance of holding a Prom after everything her class has been through.

“The seniors this year have lost everything and we just want some sense of normalcy and community… it would be so disappointing to have [Prom and the Senior Dinner] taken away,” McCaffrey said.

For those who are looking forward to some of the smaller events that typically take place at CHS, there is some hope. The National Honor Society successfully held an in-person induction ceremony for new members on March 11. Morgan also revealed that the annual Mr. CHS competition will still take place in a virtual format similar to the recent Coffeehouse event, and will incorporate some outside-the-box elements.

“The virtual Coffee House was a big success and we think Mr. CHS in this format will also work. We can have some live participation by having people vote via Twitter while it is being aired, which will add to the fun and drama,” Morgan said.

No matter what events end up taking place, the main goal is to bring together students during a time of great uncertainty. As McCaffrey points out, this is especially important for the seniors, who are on the verge of leaving CHS.

“I definitely want to see any type of event where seniors can just be together again,” she said. “More specifically, Prom and the Senior Dinner. Those are two big, fun events that we’ve been waiting for four years.”