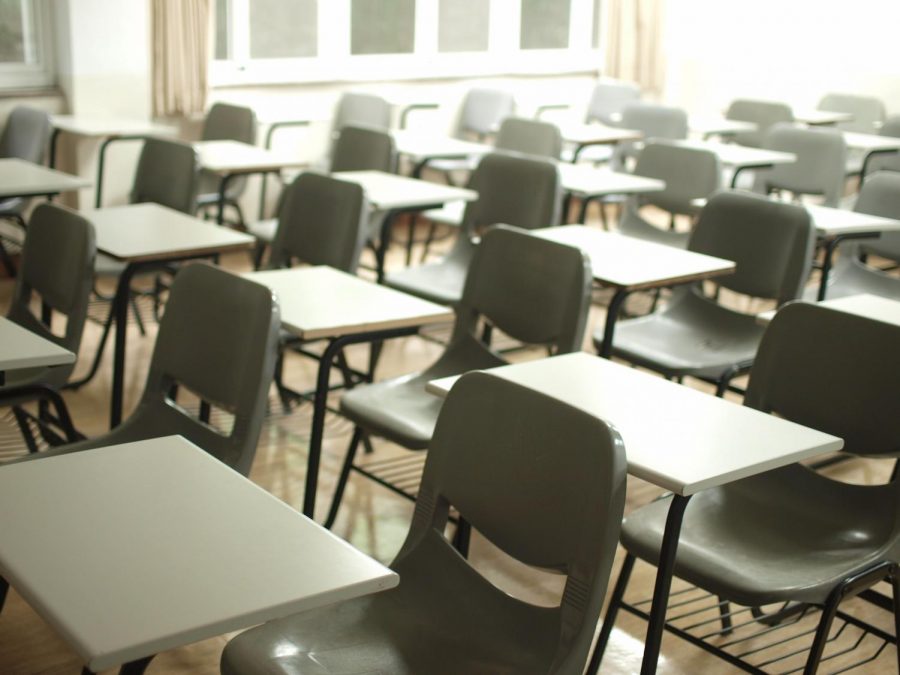 The CHS Class of 2025 discuss how differently their beginning journey into high school is, due to COVID-19. https://unsplash.com/license

After learning about the enticing electives and interesting courses, eager eighth graders have always filed into Communications High School to take the test that would determine their high school career. That was the case until COVID-19 hit.

Early this year, the usually eventful admissions process took place strictly online. Now, welcoming the next group of newcomers to CHS is yet another hiccup in the COVID-19 pandemic.

Principal James Gleason revealed that the total number of applicants was lower than most years. “[There were] somewhere around the neighborhood of 200… I would say there was a little bit less than what was from previous years,” Gleason said. “We didn’t really have information sessions and stuff like that, so I think that probably contributed to some of the lower numbers.”

With in-person information sessions replaced by a series of online videos posted to the MCVSD website, guidance counselor Melanie Sambataro worried that students wouldn’t have the same opportunities to explore the school.

“I think it was probably more difficult for the students to make a decision without being able to tour the school and listen to our students talk about each of the programs in person,” Sambataro said. “The visit to a school really seems to solidify the choice for eighth graders.”

While the Class of 2025 did not experience MCVSD’s usual placement test, the alternate setting of small Google Meets did seem to help calm some of the conventional nerves.

“If I took it in person, everyone applying there would’ve been there which I think would have made me a little more nervous… but on the Google Meet I just had about 10 other people,” said incoming freshman Leigh Batzar of Middletown.

On the other hand, the placement test could’ve been an opportunity to meet potential classmates, and without it, the first day at CHS may be more daunting.

“If I had taken the placement test in person, I would have met at least a few people,” said Skylar Conner-Bennett of Ocean, another Class of 2025 member.

For the students that have never entered the building and were hoping for an orientation, CHS scheduled a two-part orientation.

On April 14, CHS held a remote orientation for both admitted students and their parents, which allowed Gleason to lead them through the curriculum of the next four years and outline the various clubs.

“I liked it because I found out a few people’s names who I’ll be going to school with next year,” Batzar said, “so I’ve been able to talk to a few of them.”

On May 1, CHS held an in-person orientation, allowing admitted students to finally tour the school.

Despite spending little time in the building, incoming students are still ready and excited to begin their journey at CHS.

“Not being able to actually see inside of CHS did make it a bit more challenging to choose, but I knew from the beginning that I really wanted to attend this school,” Conner-Benett said.