A look at President Biden’s first 100 days in office 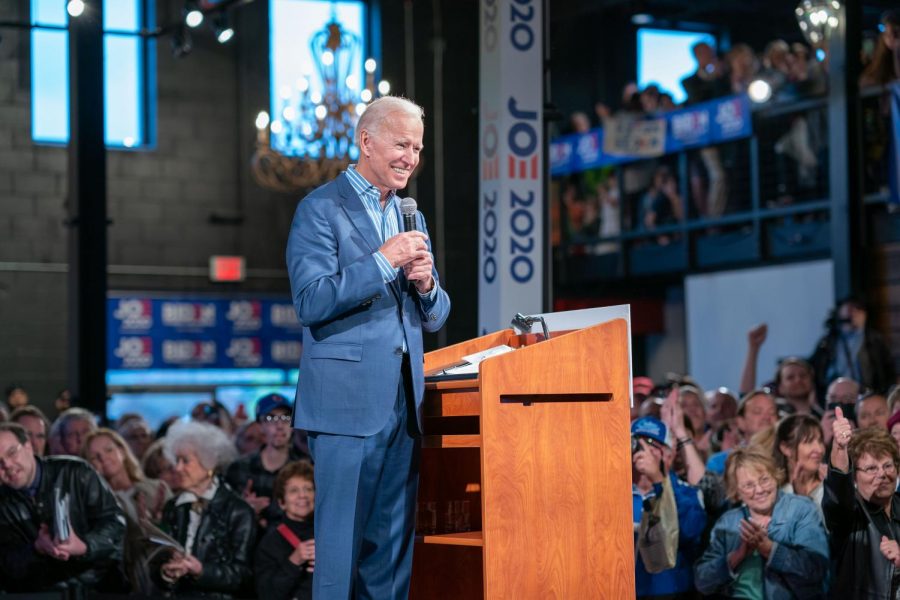 Joe Biden addresses supporters at an event in Des Moines, Iowa, on May 1, 2019, just days after announcing his candidacy for president. After spending 100 days in office, his record is being carefully scrutinized by Americans to see if he has accomplished what he said he would.

President Joe Biden’s first 100 days in office are being observed closely over promises kept on the campaign trail. While his top priorities include COVID-19 and immigration, he is not backing down from other promises he made to the American people.

The other major coronavirus priority was the “American Rescue Plan,” designed to aid struggling Americans with stimulus money and extend unemployment benefits. While Biden did not receive the bipartisan support he was looking for, he was still able to succeed in passing the bill through Congress and ultimately signing it into law.

Currently, immigration is one of the biggest focuses in America as the crisis on the southern border evolves. When President Biden signed executive orders reversing Former President Donald Trump’s administration policies, there was a surge of unaccompanied migrant children at the southern border.

While he promised laws that provide a pathway to citizenship, the bill already passed in the House of Representatives will remain in the Senate due to the filibuster. The administration is working to get this situation under control while still maintaining Democratic immigration policies.

Biden also promised that gun reform would be one of his top priorities on his first day in office, however, this was shown not to be the case. Biden has not signed any executive orders or talked publicly about the issue until two mass shootings in Atlanta, Georgia and Boulder, Colorado. In speeches following these mass shootings that caused 18 fatalities, Biden called on Congress to pass legislation to eliminate loopholes with background checks.

He still supports the Second Amendment and made it clear that he will not confiscate guns that people use for home and personal protection.

On the other hand, some of Biden’s legislative promises are becoming a battle within his own party.
Raising the minimum wage to $15 is something Biden promised, however, he has not been focusing on achieving it after the Senate Parliamentarian removed it from the “American Rescue Plan.” If a new bill is introduced, it likely will not pass because moderate Democrats will vote against it.

Finally, Biden is facing some skepticism over transparency which he promised. The attack on Syria at the end of February has frustrated members of both parties since he did not get Congress’s consent to carry out the attack.

The Biden administration is choosing priorities to accomplish. Although they have kept their promises with COVID-19, they are not succeeding at keeping any other promises. If the administration wants to get re-elected, they must achieve promises made to the American people.