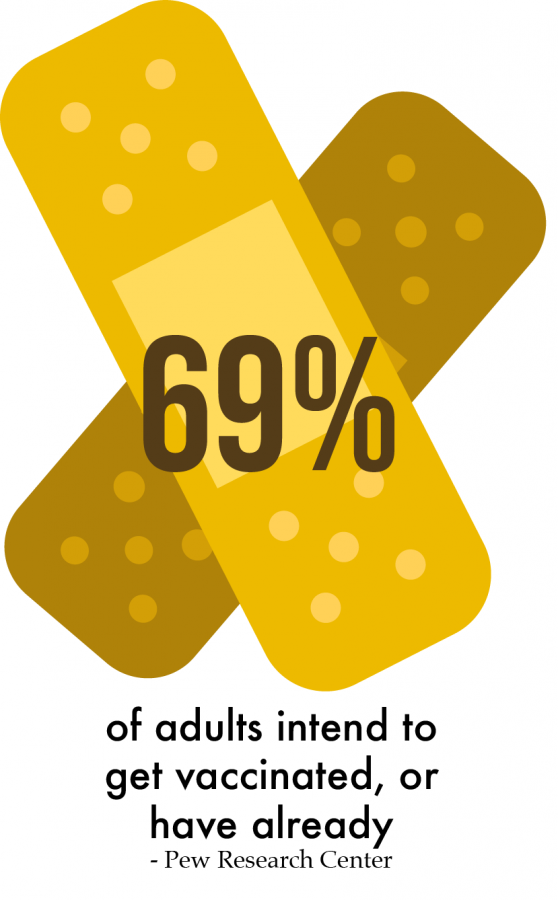 In the fight to surmount the COVID-19 pandemic, researchers have focused on a vaccination technology previously unknown amongst the general public. Companies such as Pfizer and Moderna have developed and distributed mRNA-based vaccinations to the US population, but the novelty of the vaccine presents many questions regarding its functionality.

According to the Center for Disease Control (CDC), most vaccines work by introducing the immune system to a weakened or inactivated virus to trigger an immune response. mRNA vaccines, however, utilize a different approach. The CDC explained that mRNA vaccines “teach our cells how to make a protein… that triggers an immune response inside our bodies.”

The mRNA, also known as messenger ribonucleic acid, serves as “instructions” to the immune cells. The immune cells then use these instructions to make a protein piece, which the immune system recognizes as foreign and in turn builds an immune response and produces antibodies.

Many have presented concerns about the novelty of mRNA vaccination and the speed at which it was created and approved, including Thomas A. LaVeist, PhD, dean of the School of Public Health at Tulane University.

“Vaccine development requires painstaking work,” LaVeist said. “Typically, a vaccine will take more than a decade to be developed and deployed.”

However, the CDC explained that, though the COVID-19 vaccine was produced and distributed within a year of the pandemic’s start, its production was not rushed. In fact, the concept of mRNA vaccines is not unknown to the scientific community.

According to the CDC, mRNA vaccines were previously studied for various other diseases, such as the flu, Zika, rabies and cytomegalovirus. mRNA vaccinations have also been used to fight against cancers by targeting specific cancer cells.

The CDC has further explained that the future of mRNA vaccination is promising for diseases beyond COVID-19.

“[mRNA vaccines] can be developed in a laboratory using readily available materials. This means the process can be standardized and scaled up, making vaccine development faster than traditional methods of making vaccines,” the CDC stated. “Future mRNA vaccine technology may allow for one vaccine to provide protection for multiple diseases, thus decreasing the number of shots needed for protection against common vaccine-preventable diseases.”