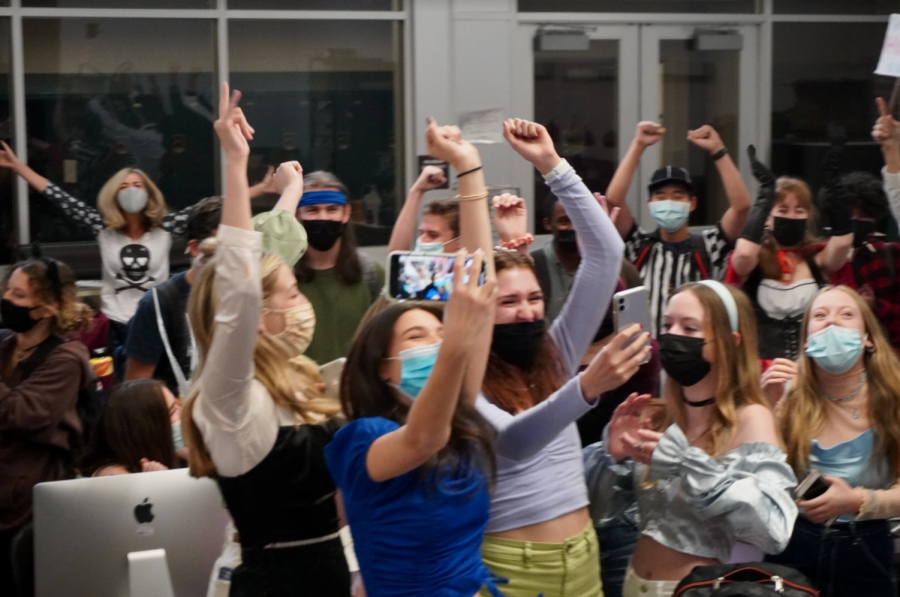 PHOTO COURTESY OF Inkblot and Yearbook

Friday, Oct. 29 marked the fifth and final day of the crazy and exciting CHS tradition known as Fall Spirit Week.

The theme of the day was Halloween costume, and the lunch event was the Halloween Costume Parade where students presented their costume to a panel of judges.

There were many notable costumes that earned points for their grade.

There were also 10-point costume categories: the Modern Princesses took home the most original award for the junior class, Peter Pan won the best group for the sophomore class, Karate won most effort for the senior class and Operation won most creative for the sophomores.

Keegan Foy of Wall, president of the junior class, was excited that her grade won Fall Spirit Week.

“We worked hard all week and had a lot of fun!” Foy said.

Class of 2023 advisor Sharyn O’Keefe shared her thoughts about the junior class’s win.

She said that the “best part being a class advisor during events like Spirit Week is being able to see the class bond and have a good time. Watching their reactions when they win is also a great feeling!”

“I think with all the stress that comes from going to CHS, having a week dedicated to dressing up and playing games is so important,” Garrett said.

A Halloween dance was scheduled to take place at the conclusion of Fall Spirit Week on Friday night, but it was rescheduled to Dec. 3 because of the expected nor’easter.