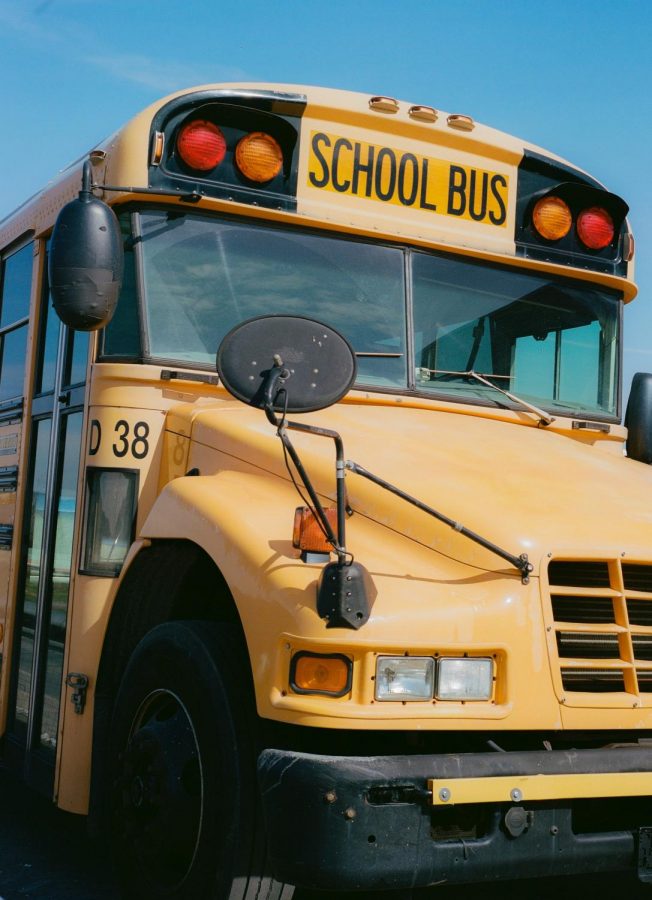 With students back in person full time, busing has become an issue. https://unsplash.com/license

Amidst the in-person reopening of schools, many Communications High School students have reaccustomed themselves to using the bus as a means of transportation, but due to the intrinsic differences between CHS and homeschools, this has proved challenging.

“Almost every single day during soccer, I would be significantly late to my practices,” said junior Charles Raynor of Ocean Township. “Usually when I arrived at practice and changed into my soccer gear, the rest of my team would have already gone through warm-ups and a drill or two.”

Some students, like junior Danielle Lirov of Marlboro, who participates in her home school’s drama program, found an innovative way to avoid this conflict by combining both bus transportation and her own.

“My bus can ́t get me to Marlboro before four, and since rehearsal begins at three I needed to get creative,” Lirov said. “The bus driver drops me off at a stop close to the high school, where my dad picks me up and then drives me the rest of the way. This way I’m only ten minutes late, and not an hour.”

Many sending high schools finish earlier than CHS, and this puts CHS students in a difficult position because of inconvenient transportation. During the period of virtual schooling, this conflict was avoided by many students as they were already in closer proximity to their home high school.

“I was so much closer to Shore Regional then if I was in Communications, so I had a lot more time to get ready,” said junior A Kopec of Long Branch, who plays field hockey for Shore Regional High School.

Transportation issues, especially with the added complictions that come after a long period of quarantine, make it more difficult for students to engage in extracurriculars. Despite this predicament, CHS students appreciate the bussing system and acknowledge that it can be difficult to accommodate everyone’s exact needs.

“When I did band, I still felt as though I could participate in everything, even if I did arrive a little bit later,” said junior Joseph Wicke of Freehold Township. “It’s not really the fault of the driver or the bus system because they have a lot of stops to get to.”