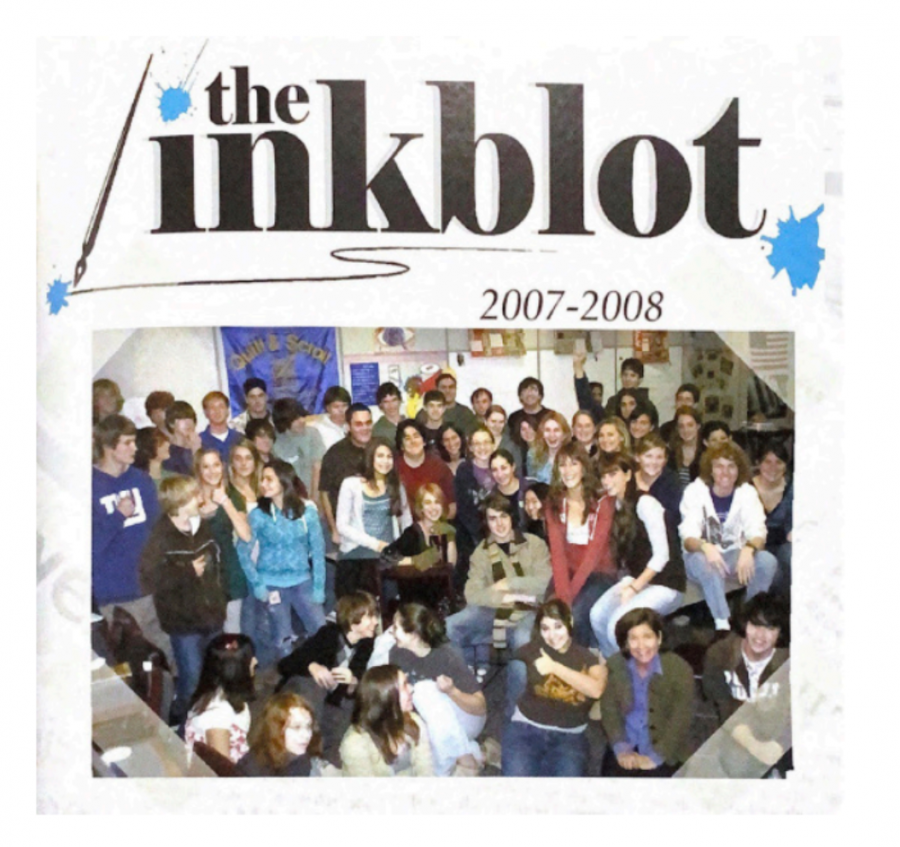 “Work for the students. Work for each other. Our paper is important. People are counting on us,” wrote Editor-in-Chief Thomas Evancho in his goodbye to the paper in volume 6, issue 6 of The Inkblot. A little over a decade later, Evancho would return to the MCVSD, but this time as the assistant principal of curriculum and instruction.

“We had a really nice culture basically surrounding the Inkblot…it was a really fun group to be a part of,” Evancho said. “We published meaningful stories and we kept trying to move [it] forward.”

Evancho explained that in his time leading The Inkblot, they began to explore their opportunities within the digital landscape, something that was relatively new in this capacity at the time. He also added the “letters to the editor” section, which is still present to this day, though much less active, and even published several of the letters he received in the paper.

“I recall it being a lot of work…despite it being a student organization we took it extremely seriously,” Evancho said. “It was something that everybody was very much engaged in and that was nice as sort of the leader of the organization at that time to have that support and commitment.”

In 2007, Evancho covered the Virginia Tech shooting in volume 5, issue 5 along with staff writer Ann Destefano. This particular issue is tucked away in Room 107 in a filing folder labeled “notable issues,” one of less than ten issues covering outstanding topics such as Hurricane Sandy and the 10 year anniversary of The Inkblot’s publication.

After graduating, Evancho went on to pursue journalism for two years at Boston University, but found himself falling out of love with his career choice. He explained that, for him, journalism was something that you need to have a continued passion for, calling it “an insensible, chaotic, and unprofitable career” in his goodbye letter.

This derivation is how Evancho found his way to a career in education, and his interest in this profession was sparked by the way he saw it as a vessel to make a difference, much like journalism. He earned a B.A. in history and political science secondary education at Monmouth University in 2012. From there, Evancho landed his first job as an educator teaching social studies in Keyport High School.

After spending a year teaching at Keyport, Evancho saw an opening in the MCVSD and couldn’t pass up the opportunity. He became a supervisor of evening vocational programs and a social studies teacher at BioTechnology High School, and it was here that he was presented with the New Jersey Governor’s Award for Outstanding Educator of the Year in 2016. In June of 2021, he became the assistant principal of curriculum and instruction.

“What I do now is really cool,” Evancho said. “I have primary responsibilities in staff development, so facilitating professional development and training throughout the district, and then I kinda fill in other administrative responsibilities as are required.”

Evancho explained that many of the leadership skills he developed in his time as editor-in-chief and SGA president have continued to benefit him well into adulthood.

“As a leader I think it’s critical to be open minded and to be continuously evaluating sort of … where your organization’s strengths and weaknesses are,” Evancho said. “And really leverage all available resources in kind of remaining balanced but pushing boundaries for innovation and for growth, so it’s like a constant sort of needs assessment as a leader as to how you can both inspire the people that you’re leading and continue to inspire the organization.”

After all of these years, Evancho still remembers The Inkblot and his time at CHS fondly. He even deemed the paper “the most bad-ass club in the school” in his goodbye message.