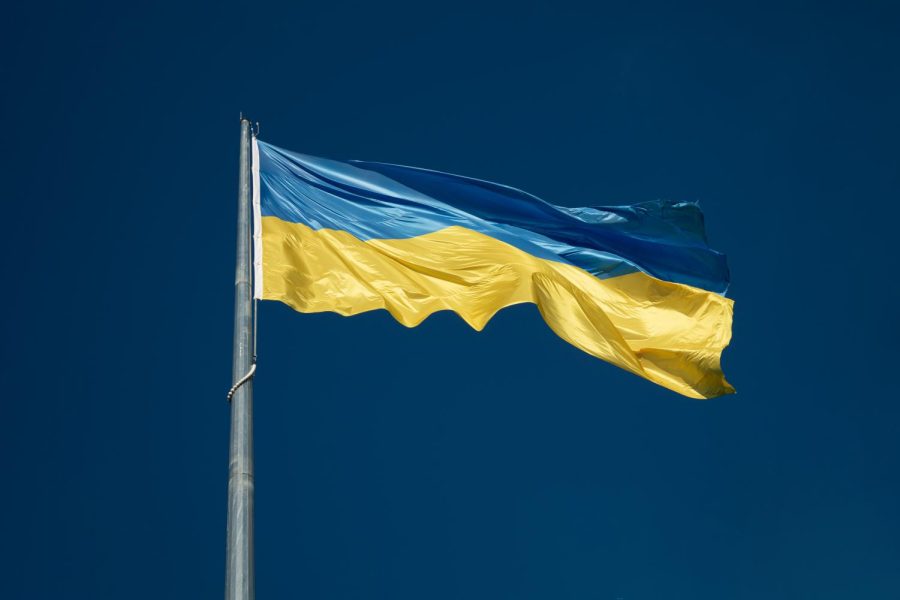 President Zelenskyy asks Ukrainians to remain strong for their country and the world. https://unsplash.com/license

On Feb. 24, Russia officially invaded Ukraine. Since then, over 4.6 million refugees have fled to surrounding counties, with more escaping everyday, according to data kept by the United Nations.

Neighboring countries such as Poland, Hungary, Moldova, Slovakia and Romania have helped refugees flee from Ukraine. This has allowed families to have a place to stay as they feared for their lives.

Tensions between Russia and Ukraine have existed for over eight years. During 2014, Ukraine attempted to join The North Atlantic Treaty Organization (NATO). This resulted in Russia taking over the Crimean Peninsula to prevent bordering NATO territory near Moscow. Today, this same situation has sparked another conflict in Ukraine.

While sanctions on Russia have damaged economic trade around the world, they are necessary to prevent Russia from further militaristic action. Russia is a major oil producer. Since the recent sanctions, a shortage has ensued causing gas prices to surge.  Many Americans are unhappy with the high prices and blaming it on President Biden; however, the sanctions are the only way to keep the U.S. out of a war which would have more severe economic consequences.

Preparation for war has already begun as the U.S. has sent troops to eastern Europe. However, according to The Guardian, President Biden wants to prevent American soldiers from entering combat.

CHS History teacher Tom Ross said, “Ultimately I think the war puts Europe at great risk and America because we are just a hair breaths away from getting in a shooting war with Russia that would start the third world war. I do think we need to run the risk and support Ukraine but the issue comes if Russia starts going for other eastern parts of Europe that are a part of NATO that will start another world war.”

Although this is an international issue, President Biden spoke on the matter at his State of the Union Address to Congress on Mar. 1.

“From President Zelenskyy to every Ukrainian, their fearlessness, their courage, their determination literally inspires the world. Yes. We, the United States of America, stand with the Ukrainian people,” Biden said.

Biden has also welcomed refugees — one of the most critical aid efforts that avoids military conflict for American troops.

“I think war would be bad because of the effects that it would have on the rest of the world,” Fisher said.

History teacher Bill Clark said, “The war is like an ellipse, it keeps going. It’s just now exploding. It’s going to keep repeating if nothing ends it now. It’s crazy because everyone knows what Russia is going to do.”

History has shown that when one country attempts to annex another, it can lead to a world war. To prevent further tensions, it is necessary to prepare for war to deter Russia’s efforts.

As the U.S. continues to aid Ukraine, its citizens must try to understand that the economic consequences are in the best interest of the country and world.

Further, Ukrainians must remain strong for their country and the world amidst these tensions.

“Ukrainians! We are going through the worst ordeal in our history. In our lives. We protect the most precious thing we have. We must hold on. We must fight. And we will win. I know that. I believe in that,” President Zelenskyy said.