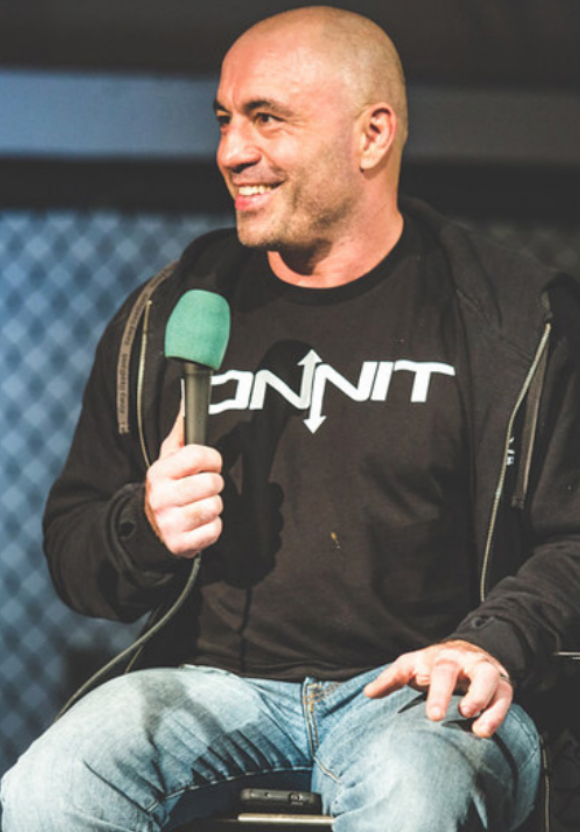 Joe Rogan apologized for his controversial actions on his podcast, leading to backlash on many social platforms. https://creativecommons.org/licenses/by/2.0/

For many Americans last year, opening their phones meant being greeted by the name Joe Rogan and the controversies following the comedian’s podcast, “The Joe Rogan Experience.”

Most recently, Rogan was accused of spreading false information about COVID-19 as well as using racial and homophobic slurs.

Rogan’s podcast episode with virologist Dr. Robert Malone spread like wildfire in conservative media circles in an attempt to debase the effectiveness of the COVID-19 vaccine. According to Rolling Stone, over 270 physicians, doctors and science educators challenged Rogan and requested that Spotify mitigate misinformation on the platform.

“It is misinformation,” said freshman Gianni Dentino of Ocean Township. “Spotify should have at least stopped endorsing him in some way.”

While the spread of misinformation was rampant in Rogan’s podcast, his reckless use of slurs only served to add fuel to the fire.

In one instance with writer and comedian Greg Fitzsimmons, Rogan had encouraged him to say a racial slur against black people by reassuring him that he is “not a racist” and only by saying the word it becomes “ridiculously charged.” Rogan and Fitzsimmons proceeded to say several ethnic slurs throughout the episode.

Thousands of people on Twitter and Instagram heavily criticized Rogan’s video apologizing for his use of slurs, which was released on Feb. 5, 2022.

Many social media users, including freshman Isabel Santamaria of Spring Lake Heights, seem to believe that his justification for his casual use of slurs in the past is not solid enough for today’s standards and that he needs to take full responsibility for his actions.

“I haven’t seen his apology video and I don’t want to,” Santamaria said. “I know it’s not genuine and he’s only apologizing because he got caught. His apology contributes nothing to the real issue.”

Due to the global outreach of Spotify, freshman Owen Annecharico of Avon thinks that repercussions should be used to prevent listeners from being exposed to the viewpoints from Rogan’s podcast.

“I personally believe that he should have been kicked off [Spotify],” Annecharico said. “Spotify is such a widely-used platform by so many people and there’s so many impressionable young people who could take in and believe hateful and offensive stuff.”