Get Ready, Get Set, Get Smart 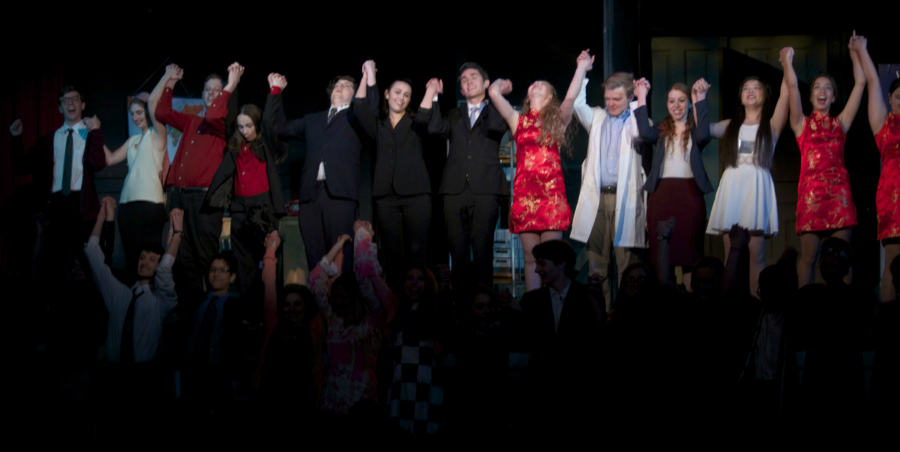 The CHS Drama Club presented its spring production of Get Smart on May 15 and 16. Students, family and friends filled the Jersey Shore Arts Center Theatre in Ocean Grove to support the club. Tickets were sold ahead of time for $7 each and $10 at the door.

The show starred senior Max DeGeorge of Ocean as Maxwell Smart. Also known as Agent 86, Smart is a “bumbling but ambitious and unreasonably self-confident agent” for CONTROL, a secret government agency comparable to the CIA. Junior Olivia Keavey of Shrewsbury played Smart’s sidekick, Agent 99, a beautiful and experienced field agent. Under CONTROL, the pair went on a mission to fight KAOS, an organization dedicated to evil, according to film critic Roger Ebert.

Other members of the cast included senior Kevin Milton of Hazlet as the Chief, freshman Samantha LaRochelle of Middletown as Mr. Big, sophomore Kierin Rogers of Keansburg as Agent 44 and junior Anna Robinson of Ocean as Professor Zalinka.

The Drama Club began rehearsing Get Smart under director and senior Emily Woods of Middletown in late January and practiced about twice a week after school leading up to the week of the show, according to the cast.

The out-of-school production proved to be a challenge for the Drama Club, said Drama Club council member and Get Smart producer Alyssa Matlosz of Tinton Falls. Matlosz also acted in the show as Betsy Wong, one of three sisters working for KAOS.

“It’s harder to do a show outside of school because then we only have this last week to rehearse at the actual stage, and it’s really hectic,” Matlosz said. “But, I think this one came together even better than the last one, so it was worth the extra work.”

Freshman Jonathan Slovak of Spring Lake Heights played Fred, a student helping to construct a powerful machine capable of incinerating hardened steel called the Inthermo. Slovak said he was “so excited” to participate in his second show at CHS after he acted in the club’s winter production of A Christmas Carol.

“The plays here at CHS are top quality and they’re always great and fun to do. It helps create a supportive, big family,” Slovak said.

Freshman Courtney Kushnir of Colts Neck went to the performance to support her friends.

“The show was super fun and I loved seeing my friends doing their thing, whether it be acting or stage crew, and putting on a great show,” Kushnir said.