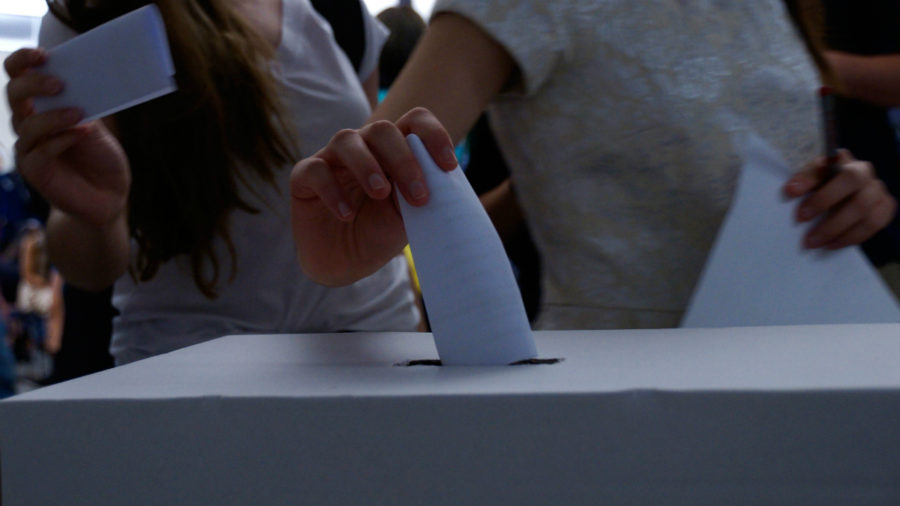 Just before dismissal on May 21, the winners of the Student Government Association election for the 2015-2016 school year were announced on the loudspeaker. The new SGA council members include sophomores Julia Pardee, Mark DiSpigna and Rebecca Madeira. Juniors Shane Nolan and Lauryn Masciana were elected vice president and president, respectively.

DiSpigna, of Lincroft, said he was eager to share the news of his new title.

“I was practically screaming and crying in journalism [class] because it feels so good to finally be elected to SGA after two years,” DiSpigna said.

DiSpigna said that, as an SGA member, he wants to keep the traditions of Communications going, but he also wants the council to work more with the student body.

“I mainly want to continue what we’ve been doing but increase communication between the SGA and the councils and between the councils and the student body. I served on my class council this past year, and there wasn’t a lot of communication, so we didn’t get much information about what was going on with the SGA. Hopefully next year we can improve that,” DiSpigna said.

Pardee, of Freehold, said she shared a similar excitement about her new position.

“It was so unexpected, but I’m so excited to get started and have an impact on the school,” Pardee said.

Students were called down to the cafeteria earlier in the day during D.E.A.R. time to listen to the candidates’ speeches and to cast their votes.

Freshman Matt Avena ran against Nolan and Masciana for an executive position, while freshman Jacqueline Geller, sophomores Leo Ross and Kat Holtz and junior Daniel Mopsick were among the other candidates running for the three available council positions.

Current SGA president and senior Kevin Milton of Hazlet mediated the speeches. Picking names from pieces of paper on the podium, Milton said the candidates were chosen to speak randomly. Students were given a strict time limit of two minutes for their speeches.

Pardee said that the speech timeframe was unnerving.

“I was a little nervous that I wouldn’t be able to get my message across in only two minutes, but I think I was able to express my ideas well,” Pardee said.

Madeira, of Howell, was picked to speak first, using her speech to emphasize the creative talent at CHS and to stress the need for a website that would better represent the school.

Mopsick, of Manasquan, began his speech without a formal introduction, saying, “You know who I am,” which received laughter from the crowd.

Playing a film with music, Holtz, of Hazlet, described her good qualities. A student from the audience prompted her with predetermined questions to begin her speech.

Masciana, of Middletown, referenced her two years of experience as SGA vice president in her speech.

“I think [the speeches] were all good, and I could tell that [the students] tried their best,” said Kushnir. “But I didn’t see one person that had the best speech overall.”

All new members will assume their roles immediately to assist in preparation for Color Wars, according to SGA adviser Erin Wheeler.