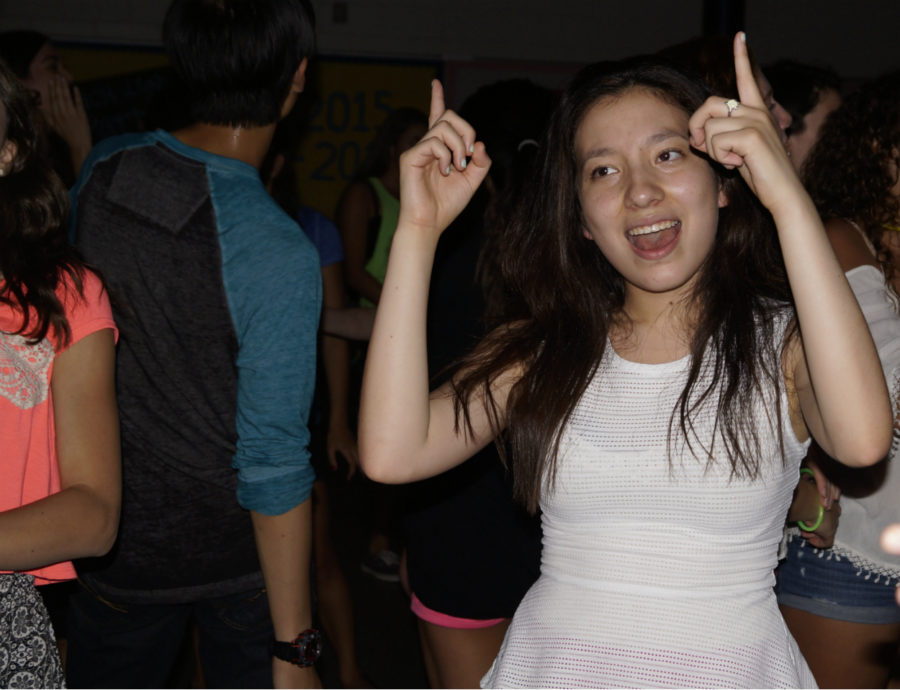 CHS’s annual back-to-school dance was held on Friday, Sept. 18 in the cafeteria. Many students arrived dressed in white to compliment the black light theme. The dance kicked off the 2015-16 school year with bright posters and dozens of glow sticks in students’ hands.

Seniors Clay Paley of Howell and Brian Brown of Sea Girt were the DJs for the night along with the help of two other students. Juniors Kevin Dixson of Wall and Karly Nolan of Bradley Beach also helped out with the technical aspect of the dance.

“We [The DJs] tried to get a good mix of some fresh music along with the dance classics like “Don’t Stop Believin’.” I think our playlist came together nicely,” Brown said.

The dance was the first official school event for the Class of 2019 after the cancellation of the annual Thompson Park trip.

Freshman Kiera Gill of Wall said she enjoyed the opportunity to mingle with her new classmates.

“It was such an awesome way to start off the school year, because we all got to hang out with our new friends without having to be busy doing school-related things,” Gill said.

Gill was not the only person pleased with the night’s turnout; sophomore Julianne Sackett of Rumson also said she enjoyed the night.

“I liked that it was black light, because it was something different,” she said.

The proceeds from the night, hosted by the senior class, will go to the savings for this year’s prom, Class of 2016 council member Johnny Callaghan said.

SGA President and senior Lauryn Masciana of Middletown called the night “pretty successful.” The class of 2016 raised a total of about $600, Masciana said.

“I had a lot of fun at the back-to-school dance. Of course, I wanted more people to attend, but my friends and I made the most of it,” Callaghan said.