Career Day open eyes to a world of opportunities 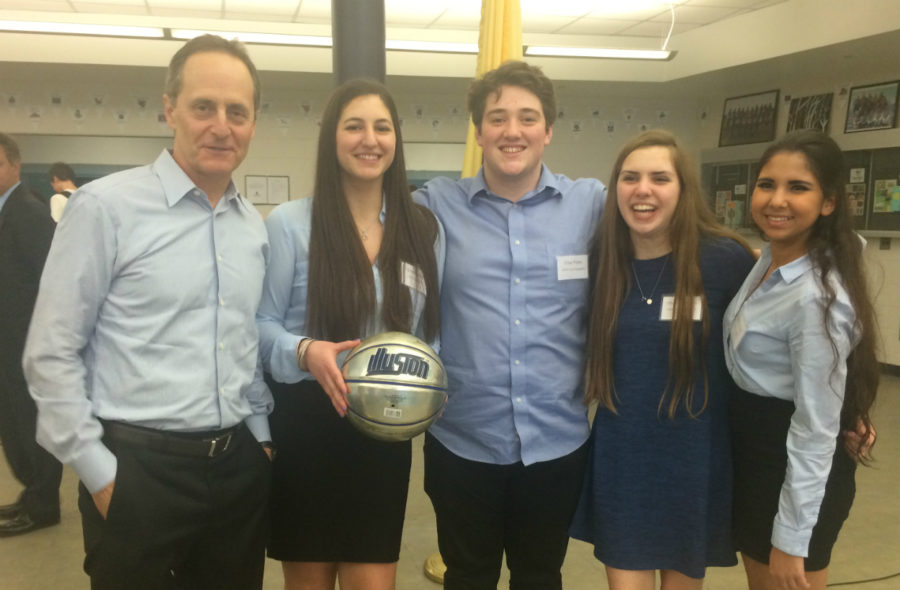 SkillsUSA adviser Deborah Maher stated that a lot of time and hard work goes into organizing the event.

“We started preparations for the event in November. NTHS members had to find at least one speaker each,” Maher said..

From the start of third period to the end of the day, SKillsUSA has directed students to  move from classroom to classroom to meet professionals from several different lines of work. The day consisted of six sessions, where students were allowed to sit in on any presentation that sparked their interest.

The types of careers that were represented ranged from journalists and graphic designers, to fitness instructors and boutique owners. Each presenter gave students an inside look on what it’s like to work in their field, and the kind of skill set it takes to be successful.

Sophomore Samantha LaRochelle of Middletown said her favorite part about Career Day was that it was tailored to common interests throughout the student body.

“I really enjoyed the fact that most of the careers were relevant to Communications, therefore more relevant to fields people going to CHS would like to go into,”LaRochelle said.

At the end of the day, the entire student body was gathered into the cafeteria to hear from the keynote speaker, Joel Litvin.

Joel Litvin acted as the President of League Operations for the National Basketball Association for 27 years, until his recent retirement this past September. Litvin said that a large reason why he got his job was that he was in “the right place at the right time.”

Throughout Litvin’s speech, he explained how his job granted him the opportunity to meet some of the most successful athletes in basketball history.

“Early on in my career, I went on a conference call with Jerry West, and I have gotten a ‘bro hug’ from Michael Jordan,” Litvin said.

Litvin said if he could give one piece of advice to high school students looking to follow their dreams, it would be to do well in school.

“The single most important thing you can do is do well in your academic courses. Early on in your career when you’re competing with someone else for a job, all an employer has to look at is your academic standing,” Litvin said. “When you have no job history to point to, you only have your grades to reflect your performance.”