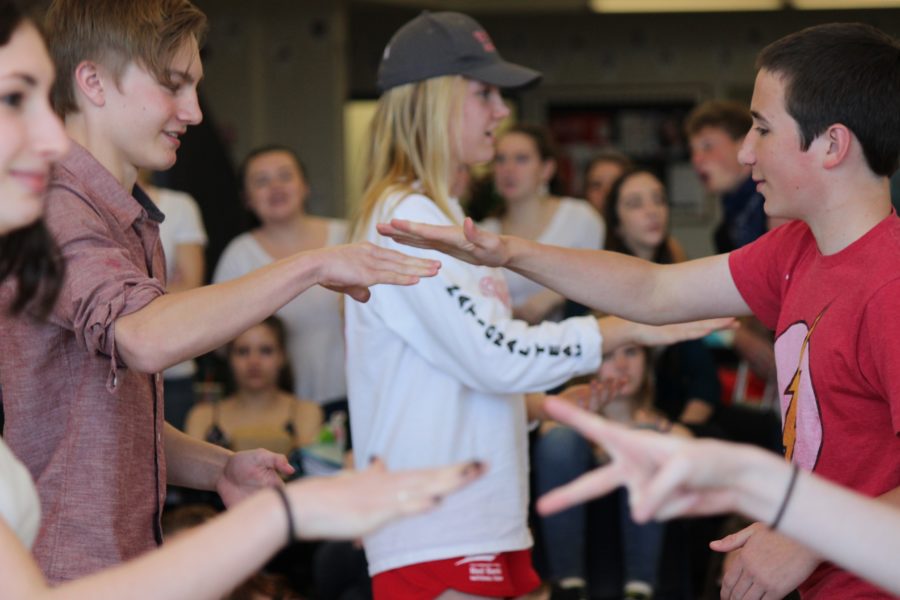 It may have seemed like you were seeing double in the halls of CHS Wed. April 20, because Spring Spirit Week continued with Twin Day. Students dressed in nearly identical outfits as their friends in order to gain points for their class.

Freshman Mia Gallo of Matawan said that she thought that the theme was really fun.

“I liked being able to take pictures with all my friends and look the same,” Gallo said. “It was such a great photo op.”

The lunchtime event was the Rock, Paper, Scissors tournament.  Two boys and two girls from each grade participated. The tournament consisted of three rounds, leading up to the final game. Each round, competitors were eliminated until there was a winner.

“I really liked the tournament because it was pretty funny seeing how intense everyone got over the game,” Gallo said.

Also, this year’s new event, the week-long clothing drive continued. The seniors took first place today with 43 bags full of clothes and they were rewarded with 20 points, while the sophomore took second with 34 bags and gained 15 points. The juniors took third with 20 bags earning them 10 points and the freshman came in last for five points with 14 bags.

The Rock, Paper, Scissors tournament came to an end with the junior class as the winners. The freshmen class followed in second place while the sophomore class placed third and the senior class in fourth.

Tomorrow’s theme is Disney Day, and Cupcake Wars will take place during the second half of lunch and activity period.