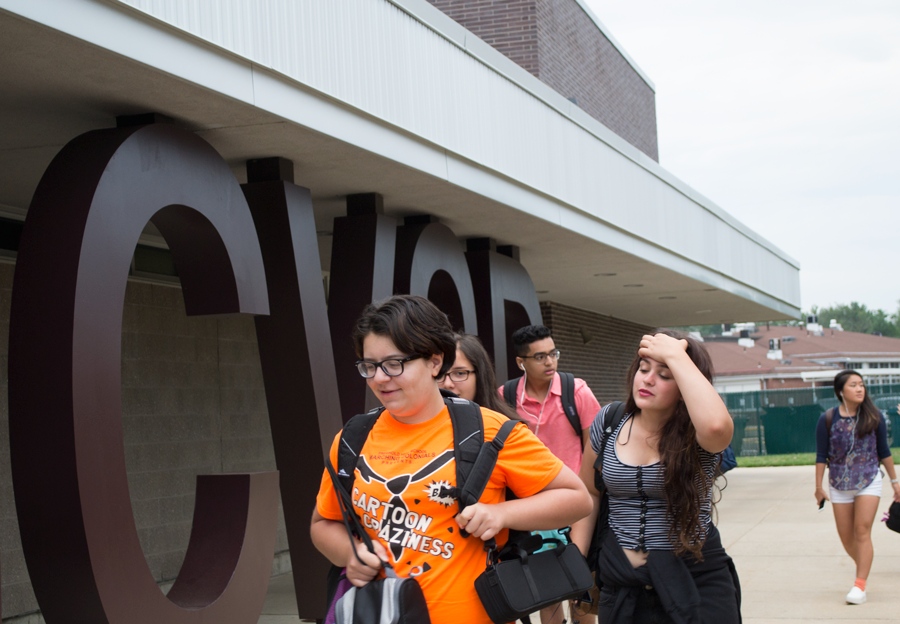 Students arrive in the morning at CHS, which was ranked in Newsweek as the 27th best high school in the nation.

Communications High School scored a spot on Newsweek’s ranking of America’s top high schools of 2016. CHS took the 27th spot on the list which was released over the summer.

Junior Grace Maloney of Middletown was one of many students delayed in hearing the news.

“I did not know that CHS was ranked for a while, but when I found out I thought it was pretty cool that we were 27th,” Maloney said.

Newsweek not only judged each school’s overall test scores, but also ranked each high school’s college readiness. Also released were graduation rates, poverty rates and the percent of students that were college bound at the schools.

A major portion of the college readiness score was based on the percentage of students that took AP classes and how each student did on that subject’s test. CHS only offers two AP classes so their overall score of 89.3 was based on fewer students than most other high schools.

Math teacher Justine Lane was not a fan of how CHS was scored for college readiness.

“Many high schools rated higher than us have students taking several AP courses per year. It’s a bogus measure of college readiness. Newsweek is basically saying that normal high school classes do not count as preparation for college,” Lane said.

Principal James Gleason offered an explanation for why CHS has not been ranked in previous years.

“Newsweek reaches out to the principals of the high school via email, and we have to respond to it in a survey, so it sent to my spam folder, and I never knew. This year I actually waited for it, and was able to reply to it. That may be one of the main reasons why in previous years we hadn’t been ranked. I do not know how great of an idea it is to be ranking high schools, but it is something that is happening so I am happy we got some validation,” Gleason said.

Incoming freshman, Julia Perconti of Rumson, was not informed that CHS had a spot on the list.

“Actually, I did not know that CHS was 27th, but that is pretty good,” Perconti said.

Newsweek will release the annual list next year in 2017, and both students and staff hope CHS will make the cut for another year as one of America’s top high schools.