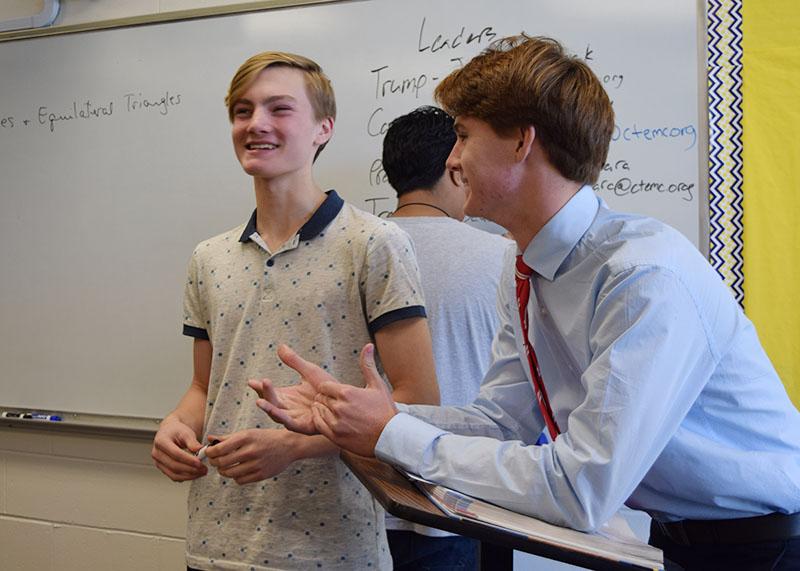 Juniors Jonathan Slovak and Brandon Kalika are Trump and Pence.

The campaign team for Republican candidate Donald Trump, who is portrayed by junior Jonathan Slovak of Spring Lake Heights, met on Oct. 14 in room 142.

The team began by discussing possible advertising ideas and they plan to mimic Trump’s advertisement style in their campaigning. Members of the campaign team were able to sign up for sections they would like to participate in such as advertising, fundraising and political rallies.

Slovak has established his team of Campaign manager, treasurer and Vice Presidential candidate, Pence. He also discussed at the meeting strategies to get fellow CHS students to show their support and donate to the campaign.

The campaign managers stressed that Ffndraising is a large part of campaigning because they 20 ElectionBucks in order to put four standard size posters on the walls. Twenty ElectionBucks are also needed for a 30 second commercial.

Advertisements help gain support from undecided CHS students so fundraising is a vital part of all the campaigns. Overall, the main goal of this campaign is to “make CHS great again,” Slovak said.