Johnson and team prepares for election 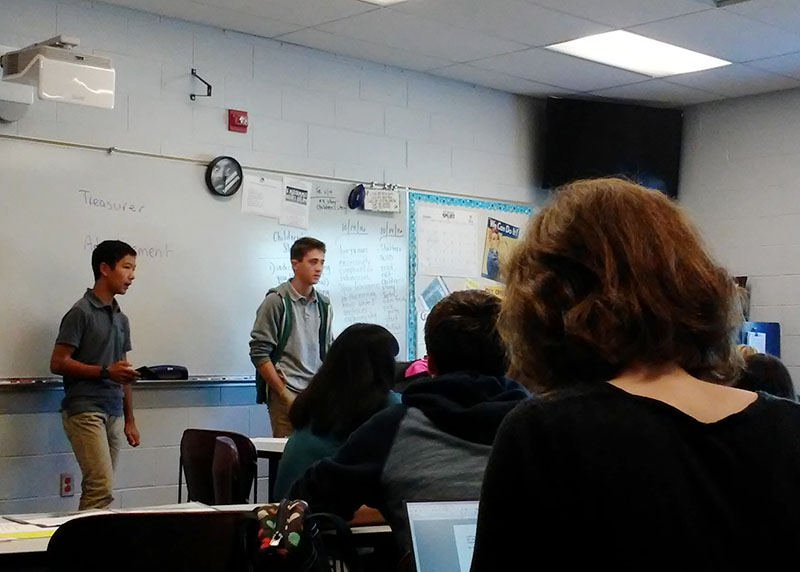 The first mock election meeting for Gary Johnson, represented by Sawyer Barth, took place Friday, Oct. 14. Students from many different grade levels attended and volunteered to be a part of the campaign.

Sawyer has many ideas on how to give his candidate a fighting chance at CHS. At the meeting, attendees discussed volunteering for various aspects of the election and upcoming mock election events. Many students volunteered for both treasury and advertising committees for the campaign.

As Gary Johnson battles Jill Stein, Donald Trump and Hillary Clinton in both the United States presidential election and the CHS mock election, both prove to be exciting, but at CHS every candidate has an equal chance.

The debate is scheduled to take place next Friday with all five candidates discussing the issues facing the United States today. Voting will take place Tuesday, Oct. 25.