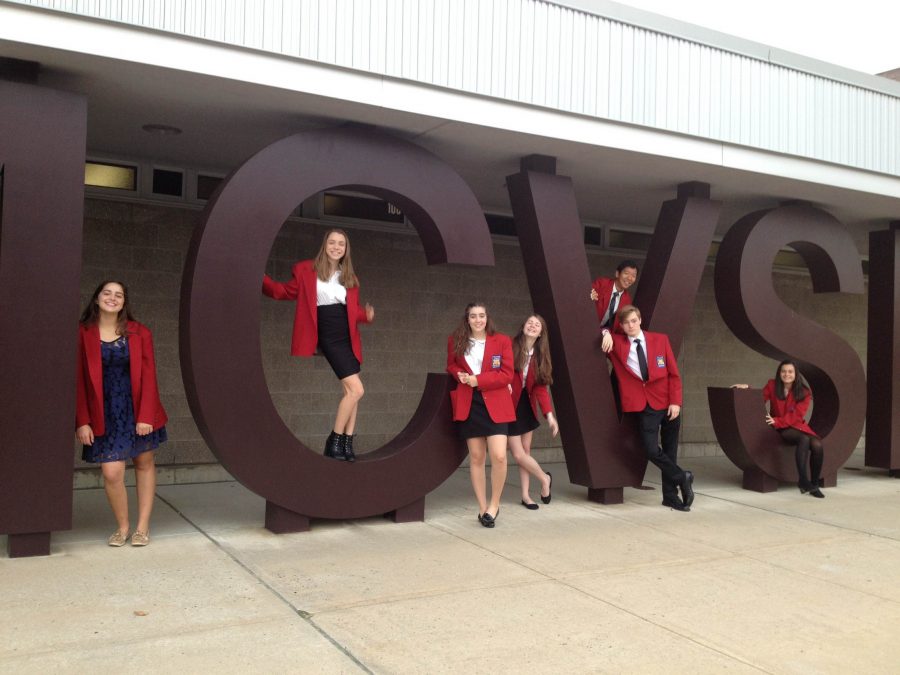 Every year, the New Jersey chapter of SkillsUSA meets to elect new regional officers. As a youth-administered organization, this system allows their members to become active participants in leading the members of their respective region and acting as an advocate and a voice for them on the national level, as was discussed in the meeting’s opening statements.

This year, seven students from CHS attended this day-long event, chaperoned by SkillsUSA adviser Deb Maher. After taking a group picture in front of CHS, a forty-five minute ride brought them to the Foundation for Educational Administration (FEA) Conference Center in Monroe, N.J. Brief refreshments were followed by the distribution of a schedule, which outlined the activities of the day.

By this time, the conference hall was filled with attendees. Tables were set up in the back of the room with candidates greeting the crowd and handing out things such as buttons and stickers. Each of the candidates had their own distinctive qualities, which they demonstrated in conversation and on their respective poster boards. Attendees had the opportunity to talk to each candidate and get a better understanding of their qualifications and goals.

The meeting was called to order at promptly 9:30 am, when the presiding officers recited formalities and introduced SkillsUSA as an organization: stating its mission and the positive impact it had on members. Then, the keynote speaker was introduced: sports psychologist Dr. Rob Gilbert.

At Montclair State University, Gilbert researches in the field of athletic teamwork and motivation. His presentation encompassed many different aspects of his philosophy, including setting goals for yourself and making the right choices to set yourself on the right path. The speech was punctuated with various demonstrations, including a rock-paper-scissors tournament and a room-wide game of simon-says.

Sophomore Erica Sammarco of Colts Neck, thought he was engaging.“I enjoyed the speaker because he was very interactive and he had a lot of activities for us to do, telling us to cheer the people on so we could get more energetic,” Sammarco said.

Shortly after, the candidates were introduced. Ten individuals stood on the stage. Three of them represented the central region, which includes Monmouth County. Each candidate was given two minutes to address the crowd. After the speeches, the candidates returned to their respective tables for another opportunity to meet the voters. Then, the assembly broke for lunch. The 45 minute break was filled with discussion about the candidates, and who each group would collectively vote for. Then, everybody was called back to the conference hall, where ballots were distributed. CHS students left promptly after casting their votes, in the interest of returning to school in time.

Maher, the chaperone of the trip, was happy with the outcome. “I always feel that the speakers are really good, but this year he was exceptional. The best I’ve ever seen,” Maher said.