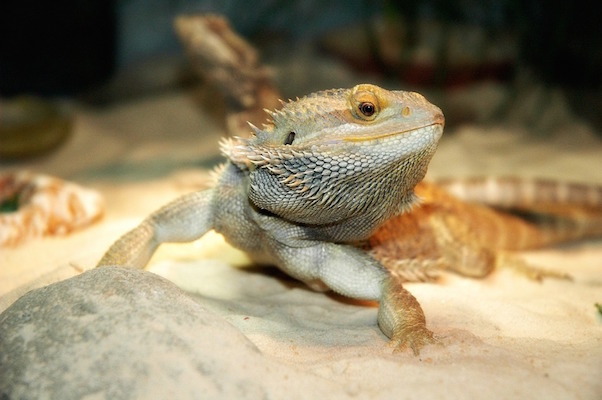 Some students have pet lizards.

Sophomore Jessica Seldner of Eatontown owns a pet that would be considered unconventional compared to traditional pets – a bearded dragon.

It’s actually a type of Australian lizard with the name of bearded dragon. Her brother named the reptile “Gizmo” when they purchased him at Petco five years ago. She misses out on some conventional pet-maintenance tasks, such as daily walks, but Seldner said she’s glad to have a lower-maintenance pet.

“I don’t have to worry about him breaking stuff or ripping couches. A lizard just needs a light turned on or off and some food,” Seldner said.

There are still challenges that come with owning a lizard, as there are with any pet, Seldner said.

“I admit it’s a little difficult because instead of feeding him something you can scoop out of a bag, he eats live mealworms,” Seldner said. “I hate feeding him.”

Sophomore Merina Spaltro of Allentown has three birds and a tortoise.

“Birds are really loud, if you don’t pay attention to them,” Spaltro said. “My tortoise is pretty chill.”

Freshman Grace Quakenbush of Wall believe that all pets, whether they are conventional or not, require practically the same care.