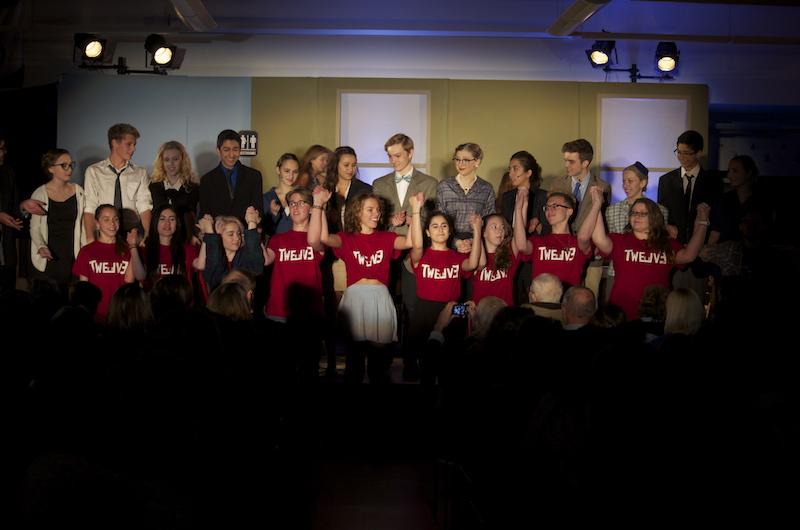 The Drama Club has done plays such as 'Twelve' in previous years.

The Drama Club will be offering something new to its members this spring: a musical. After years of plays directed and produced by the students at CHS, the current council, led by seniors Annie Ruoff of Monmouth Beach and  Rebecca Cleffi of Manasquan, have decided to showcase the talented voices at CHS.

“We chose to do a musical this year because CHS has so much untapped potential in musical theater that we have never gotten the opportunity to explore before, and we agreed with enough planning this would be the perfect year to do it,” said Ruoff, the director and Drama Club president.

Producer of the show Rebecca Cleffi noted there may be new challenges that Drama Club will have to face due to the unique nature of the production compared to ones in the past, but is sure it is nothing the club cannot handle.

“Our biggest problem will most likely be the dancing aspect of the show, but Annie and I have put a lot of time and effort into choosing a show that would fit well with our cast so we are pushing ourselves to the limit and hoping for ultimately, a successful and enjoyable show,” Cleffi said.

To troubleshoot as early as possible, preparation for the show began as early as June, Ruoff said.

“The council and I have been planning since early summer. We’ve visited venue sites, met with Mr. Gleason to approve the show, and had full council meetings to discuss everybody’s roles in the process,” Ruoff said.

Drama Club adviser Bill Bengle credited the idea to showcase a musical next year to the council.

“I try to take a hands off approach as to what the club decides and what they want to do, but I will fall over backwards to make sure they are able to make it happen. All the production decisions are made by the director, producer and their assistants,” Bengle said.

Ruoff hopes all will come out to support the Drama Club on May 5 and 6.

“I expect that with the great team I am working with this year we are going to have a very successful show,” Ruoff said.