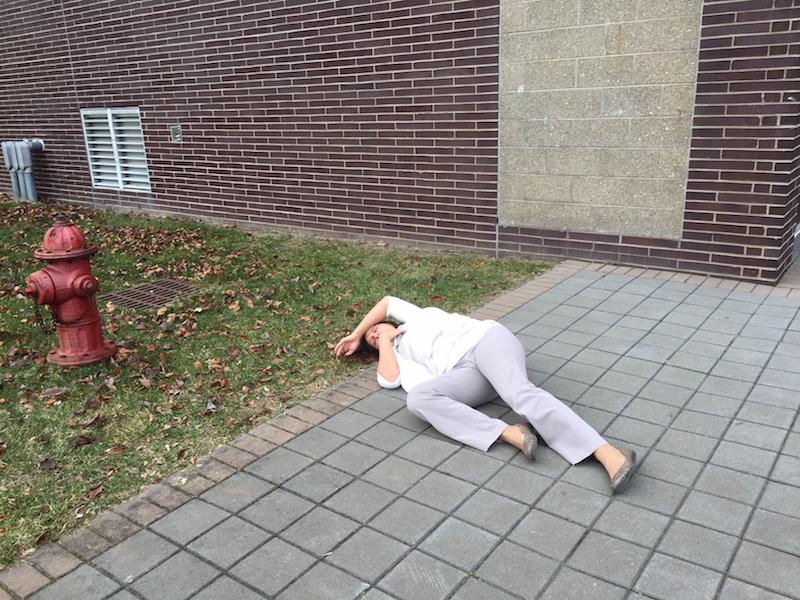 Biology teacher Jeanine Gomez was the victim in the forensics murder mystery.

Forensics teachers Leah Morgan and Erin Wheeler created a murder story within the school that the forensics students have to solve as the class’ final project.

Students “arrested” Maher for Gomez’s murder a little more than a week after the project started said Morgan.

Maher was surprised at how fast the students cracked the case.

“This class was much more efficient. They got it done really fast. Last spring, they didn’t get it done that fast.” Maher said.

Senior forensics student Anna Vernick of Ocean said the best evidence the class had was Maher’s fingerprints and “blood” on the gun used to kill Gomez.

The theoretical situation for the class’ investigation was that Gomez saw Maher accepting bribes in exchange for higher AP Calculus grades, Morgan said. When Gomez confronted Maher with evidence, Maher decided the only way to out was to murder Gomez.

“Our role is to create the whole project and work with [the students] as they solve it. Everyday we’re watching and grading them on the techniques they use in the lab,” Morgan said.

“I had to lay in grass on a very cold day, and I was wearing white. But it was ok. All for the love of science,” Gomez said.

Maher, who was also the “murderer” of the project last spring, said the forensics class’ constant questioning was annoying because students had to interrupt her own second period class everyday.