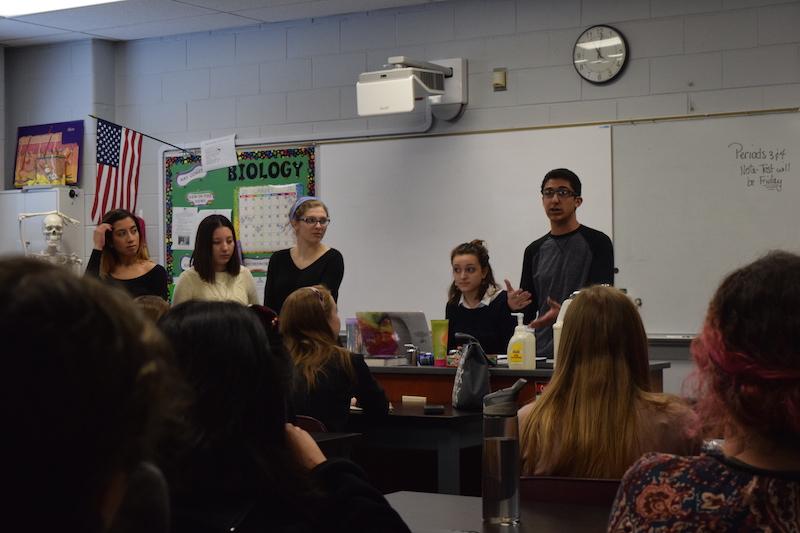 The SGA has decided to take a new approach for fundraiser approval for the 2017 school year to help with overall group communication, said senior and SGA president Mark DiSpigna of Lincroft. SGA advisor and science teacher Leah Morgan said that for over five years, club presidents would fill out an approval form for each fundraiser, turn it into the SGA, and then Principal James Gleason would approve the fundraiser. The process led to many instances of miscommunication between the SGA, club presidents and Gleason.

“Many times, club officers would hand us a form a few days before they plan for their event or sale to take place, leaving us little time to approve it and to run it by Mr. Gleason. Other times, communication between the SGA and Mr. Gleason was poor, resulting in a lack of clarity about the approval of certain fundraisers. Due to both of these reasons, the SGA decided to sit down with Mr. Gleason to discuss possible changes to our process,” DiSpigna said.

DiSpigna said the new system consists of a stricter deadline for fundraising permission slips. Each club must now turn in a fundraiser request two weeks before they plan on holding the fundraiser and include information such as event description, date, price and estimated profits. A representative from the club must attend present the fundraiser at an SGA meeting to the council to address any questions or concerns immediately. The fundraiser would then be approved at the next SGA meeting. Once Gleason has made his decision on the event, he will meet with one of the SGA council members to inform them of his decision.

Morgan credits the SGA council for the majority of the development of the new format.

“The majority of the work was done by the SGA members with some advice and counsel from myself and Mr. Gleason. Your SGA officers and councils do a tremendous amount of work,” Morgan said.

DiSpigna and the rest of the council created the new format in hopes of benefitting all.

Senior and photo club president Allie Kuo of Tinton Falls also sees a positive future for the changes, just like the members of the SGA.

“It’s definitely something that I can see being a positive change for future fundraisers and events,” Kuo said.