DeRosa is more than just all ‘write’ 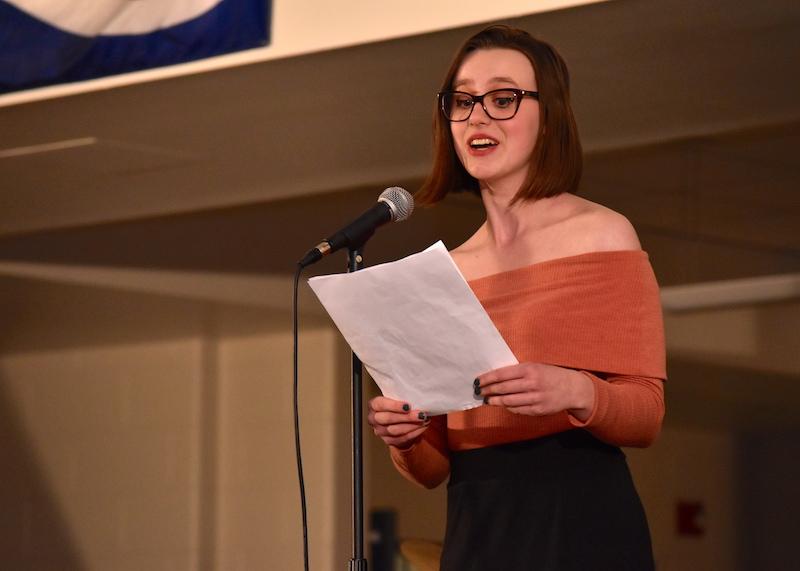 Cramped fingers and ink-stained hands are just occupational hazards for aspiring writer Vivian DeRosa of Ocean. At 15 years old, the sophomore has already finished the first draft of a novel and has plenty more writing planned for the future.

DeRosa began writing seriously in fifth grade.  At the time, she was a shy student whose words weren’t easily understood by her peers.

When she was younger, DeRosa had a speech issue that made it hard for others to understand what she was saying. This made it challenging for her to communicate with others using her voice.

“I didn’t really talk a lot so writing was a way to have a voice,” she said.

DeRosa’s writing is mainly in the literary fiction genre, but she is a poetry fan as well.  She writes spoken word and haikus, as well as traditional poetry.

DeRosa shares these poems at coffeehouses and poetry readings on a regular basis. For her, sharing poetry with others is a thrill.

She spends a large portion of her average day writing when she has a free moment away from her schoolwork. Even when she isn’t writing, she is often thinking about what she is going to write next.

Despite the work that goes into literary fiction, DeRosa wants to write for a living because writing gives her a voice.

Although she is still on her first draft, DeRosa believes her book, which is currently untitled, is the most interesting piece she has written so far. The novel is about an unlikely friendship between two women and what the meaning of family is.

Since her novel is still in the works, she does not have plans to publish it as of right now.  In the meantime, she is writing new pieces of poetry and editing her upcoming novel.

“I would love to publish it eventually, but right now I’m just having fun writing,” DeRosa said.