Mentorship gives students a taste of the workplace 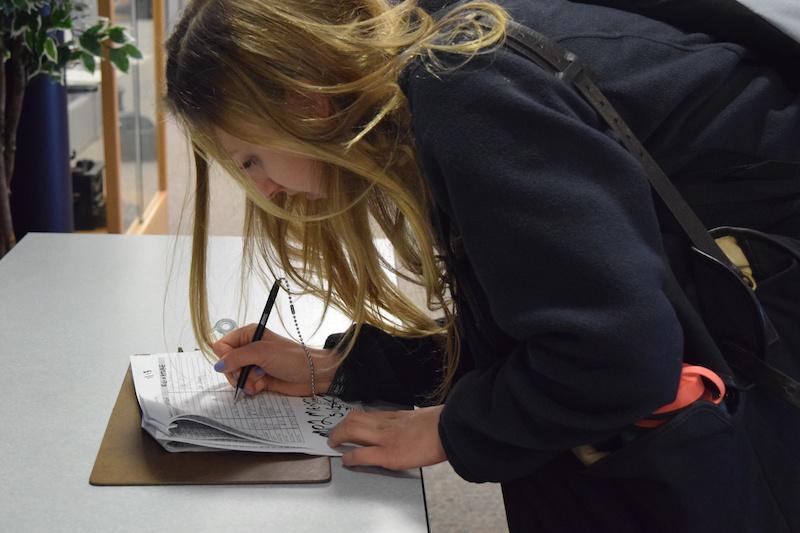 Seniors at CHS sign out before they leave for their mentorship.

Mentorship has been a part of a senior’s experience at CHS ever since the school’s first senior class graduated in 2004, Principal James Gleason said. Radio and mentorship teacher Bill Bengle took over the program from English teacher Maria Sant in 2010 when he came into the school.

Various changes were made to the program when he came, adapting the classroom component to better suit the 21st century workplace. He also found that the students “were a little more advanced at this school”, prompting him to adjust the curriculum to give them more responsibility.

“We only have the kids one day a week, so it’s mostly self-taught. We give them an assignment, and they do it over the week,” Bengle said.

The real learning comes when students are put into the workplace by themselves. Senior Mark DiSpigna of Lincroft mentored at CommVault in Tinton Falls, a data security company.

“Even though it’s not a communications job, I definitely improved on my communication skills,” Dispigna said. In his case, this was done through tasks like making training videos.

The same was true for other students who went to jobs outside the school’s specialty. Senior Grace Badger of Neptune, who joined the Mitre Corporation, found that the engineering aspects taught her problem solving, a skill that extends to any field.

The level of professionalism varies by the job. Senior Sam Bender of Neptune mentored at the Performing Arts Center of Brookdale Community College, an environment which she said was “very relaxed and casual, but still simulated an actual work environment.”

“A lot of people dress casually but I try not to, since I’m trying to make a better impression,” DiSpigna said. This entails a button-down or dress shirt, accompanied by slacks.

The mentorship experience is a gratifying one for many, teaching students to work in a real job environment and learn the ins and outs of the workplace.

“I really liked my experience…. It’s one of the best things about CHS,” Badger said.