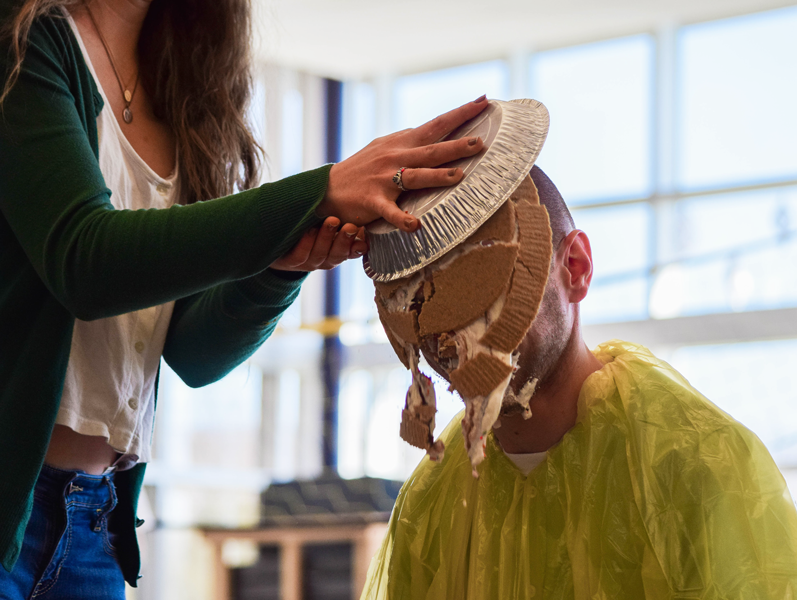 The Class of 2017 hosted a Pi Day celebration on Friday. It was originally scheduled to take place on Pi Day, Tuesday, March 14 but was rescheduled due to the snow day.

The celebration consisted of a pie baking competition, and slices of the entered pies were sold for $1 each during lunch. The winner was awarded a gift card to Dunkin Donuts. Sophomore Erica Sammarco of Colts Neck and senior Sarah Lynch of Interlaken tied for first in the competition. Sammarco made a chocolate cream pie while Lynch made a key lime pie, Sammarco said. Sammarco thought that the pie baking competition was a excellent idea.

“I think it’s a great fundraiser because the competition motivates people to make a pie and then the seniors make a profit off of selling the slices.” Sammarco said.

The celebration continued with two CHS students and a teacher getting pied in the face.  The week prior, students could vote during lunch for representatives from different clubs and each class to be pied. Each vote cost 25 cents, Sammarco said.

“It was a pleasant surprise and I really like dessert food, so getting pied in the face is pretty awesome to me,” Barth said.